The next chapter: How Mark Rubbo plans to make bookselling chain Readings even more profitable 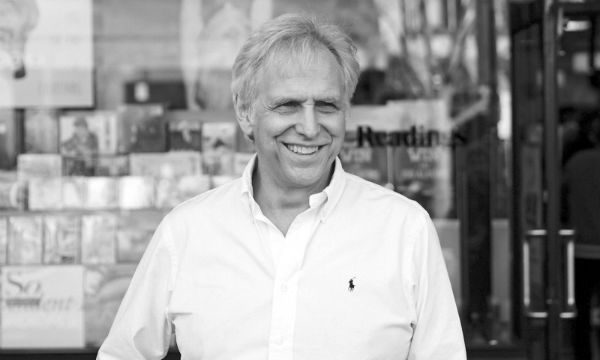 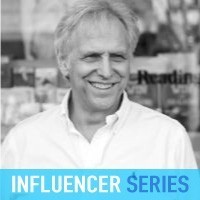 Mark Rubbo bought Readings bookshop in 1976 after setting up a nearby music store on Lygon Street in Melbourne.

Readings was founded in Carlton in 1969 but under Rubbo’s ownership, the business has grown to include five stores across Melbourne and a growing online business. Having survived the rise of ebooks, as well as competition from the likes of Borders and Amazon, Readings is still going strong with annual turnover of $22 million. The business will turn 50 in 2019 and Rubbo is aiming to reach $30 million in annual revenue by that time.

In 2006 Rubbo was awarded a Medal of the Order of Australia for his service to Australian literature and supporting local writers. We spoke to Mark about how he got his start in business and what it takes to run a successful independent retailer in an age of digital upheaval.

My start in business was accidental.

I was a student at Melbourne University and started off doing medicine. I only got through on one year of that and then switched to arts and politics.

At that time Melbourne University had a really good bookshop that sold textbooks but also very good general books. I got a part-time job there and they also had a mezzanine floor where they sold records.

I found I was quite good at ordering and picking what might sell. The general manager of the bookshop suggested we go into a partnership and open up a record shop in Lygon Street. Bob Dylan, The Rolling Stones, all that stuff – and stereos had become cheap so there was a huge demand.

Lygon Street has always been a very good retail strip because of its proximity to the university and, at that time, it was probably the hip centre of Melbourne. So it seemed like a no-brainer to open up a record store.

I borrowed $10,000 from my mother. I was 22 and very privileged that I had access to that money. The chap I decided to do it with decided he wanted to do something else, so it was just me.

It was a success from the word go. But I had no business training at all.

A lot of business decisions I have made have been on intuition and what I enjoy doing.

Usually the mistakes we’ve done I don’t regret. But I am now pretty careful about not overextending myself; I don’t want to take risks that will endanger the business. There is something to lose now and there are a lot of people that work for us now – about 150.

The life-changing deal was when I opened the record shop down the road from a bookshop called Readings. The founders of Readings decided to have a career change. We were quite friendly, and they respected me enough to say, “Do you want to take over the business?”

Taking over Readings gave us a great brand and the bookshop had great integrity as I hoped our music business did. It was a terrific fit.

It took me 20 years to make the next great deal. That was when we bought our current building in Lygon Street. It was just before Borders opened in Australia, so we were a size that could survive Borders when it opened. It also became very profitable and has enabled us to try other things.

The move to the bigger building was strategic. I knew that either another business would come into Lygon Street like a Dymocks or something else would be a big threat. And Lygon Street has always been our best performer. I knew I had to make the business secure.

In our industry we’re so dependent on creators and I love the idea of helping those people – helping authors and musicians find a market.

That’s what has driven us in our marketing. It’s what I’ve enjoyed most, so that became something I firmed up in my head in the early 80s. It became my guiding principle with marketing – to pick something we really believed in and we could get passionate about and then just try to flog it.

We started holding events with authors to connect them with audiences. Then we started doing the newsletter, asking ourselves how we can connect with more people. Now, with online, it’s the same sort of thing.

As a retailer I love to sell stuff, but it’s not just about the transaction. To me what makes it interesting is putting the consumer, us and the creators together and also the publishers.

I see it as very much a collaborative thing.

Consumers have so many choices now. Unless you can give them something relevant and of interest, they’re just going to go to the cheapest place which is online.

Most of the customers we sell to could buy the products online much, much more cheaply. But we know we have to try to give people a deal when we can. Customers don’t want to be treated like cash machines.

Where we are struggling is with IT and knowing what the best way to invest is. We’ve spent a lot of money on our online offering.

Our experience with landlords has also been mixed. A lot of landlords are interested in the short-term dollar and don’t think of it as ‘we’re both in it together’; that if we’re successful they’ll also be successful.

Acland Street in St Kilda is a case in point. Rents are skyrocketing and they start to force out traditional retailers. So you lose good businesses and suddenly the mix changes on the street and people stop coming there. That’s something we have to grapple with.

I think the printed book is a wonderful invention and people like to read in that format. There are people who have embraced the ebook, people who use both, and people who tried ebooks and said I don’t like that. So there is a market and the print book will live. People mix and match. You’ll buy something online and then go into a shop.

We also sell music and that has also been totally decimated by digital. But in the last year, year and-a-half it’s started to come back.

When things were quite bad we brought in a consultant and did some quite extensive research. What it said was people love Readings, but they’re not monogamous. So our task was how to make them love us more. And when they go online it’s a little more of us rather than The Book Depository.

My advice for people just starting out is do what you love. Do it with integrity and think about what kind of impact you’re going to have on people. It should be a good impact.

As you get successful, you need to give back to the people who have created your success. By that I mean the community.

So we started the Readings Foundation and that has been very important. We give 10% of our profits, but it works out a bit more – I personally give a bit to it. That’s very fulfilling and I wish more businesses would do it.

Looking ahead, getting the bricks-and-mortar and online experience right really interests me. As well as how we can also help people and authors and artists find each other.

I think we would also like to open a few more shops. We’ve almost done a deal with Doncaster Shopping Town, which is a great break and the furthest out we’ve gone.

That’s the hardest thing with Borders and Angus & Robertson closing – books disappearing from those communities.

My take on it is we can bring our values and our approach to books to that environment.