How a $30,000 investment turned into a travel business that turns over up to $70 million a year 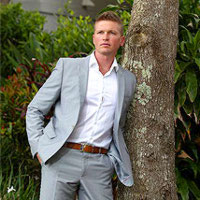 Randall Deer, managing director of Ignite Travel Group, turned his expert knowledge of the luxury travel sector into a growing business expected to turn over between $60 million to $70 million this year.

Before launching Ignite Travel Group, Deer was the chief financial officer of BreakFree hotels and apartments, before it was sold to Mantra Group. He was also the managing director of a privately held luxury resort group.

While his company has soared, Deer explains that a family tragedy reminded him of the importance of putting family first and striving for life balance, regardless of the demands of being a business owner.

We started a marketing and promotions business, we called that business RewardsCorp. It was purely B2B, we would create a travel-based promotion, or sales promotion. If Optus want to sell more phones we might give people a $500 travel account if they take out a two-year $49 a month plan, for example.

It was flying along really well. It probably went from $400,000 turnover in the first year to $4 million to $7 million to $10 million… then the global financial crisis hit… I started to hear something I wasn’t familiar with, which was ‘I love the concept, but no’.

So we said let’s go straight to the customer and we bought a retail travel business for $30,000 in Coolangatta at the end of 2009. We started what is the fastest growing travel business in the country now for three years in a row, and it is only four-and-a-half years old.

There was no point competing in traditional travel. We thought, let’s do this in a way that no one else is, and let’s present those holidays in a way that they are fantastic holidays not ‘loss leaders’.

Loss leaders are when in an advertisement there will be 100 offers, all of which will be the cheapest flight on the cheapest day, at the cheapest room and the cheapest hotel. They do that to make the phones ring, then they upsell you into something else.

People aren’t doing three nights in Hawaii as a whole holiday, so we say let’s not trick people, let’s do a whole holiday solution in a bundle for a duration that makes sense. People are time poor… so let’s present one offer, with the best flight options, best accommodation, best for value for money, best duration, best to and from airport packages.

We have 120 staff now. We have been growing a lot, around 50% to 100% each year. We grow a lot and then we break things and then we have to go back and fix them again. There are seven systems that power our business and we have just spent six months updating five of them, and that takes a heavy toll on your growth aspirations.

We just launched My USA, which is a new destination, and we launched My Hawaii recently. It is one of our top-three selling destinations. Our best performers are Hawaii, Fiji and Queensland.

I call them tropical ‘drop and flop’. In the USA it is hard for us to do pre-prescribed packages – with choice comes complexity and in the US I can’t guess what customers want to do – but I can in Fiji roughly and I can in Bali.

We launched My USA because of the size of the market. Over one million Australians hit LAX last year. I want a ‘choose your own adventure’ package offer for the US.

A challenge has been high-level resourcing: Having the sort of staff that share the vision and share the ability to work in such a dynamic environment. I have fantastic staff.

My work/life balance has gone through ebbs and flows. I was a very dedicated, business oriented person, I’d go flat out. In the past 12 months I hired a lot of executives who were better than me at individual parts that I was doing…to step back.

I have two boys – one is nine and one is five and in the middle of those two I had a son and he actually passed away from illness. It was tragic – it taught me perspective. I used to work on weekends and at night and I just don’t now, full stop.

On our balance sheet we have cash and profits and that is it. I want to move into the ownership of tourism assets. We are pretty close.

We don’t have any debts in the company so it will take on a different demeanour with assets.