We all scream for ice cream: How Stan Gordon created a fun treats empire 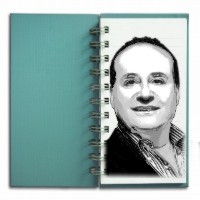 For Stan Gordon, life is all about fun. Fun food, fun times and fun toys, and it’s this sensibility that he takes into the running of Franchised Food Company.

Gordon launched the company in 2000 with the acquisition of ice cream van franchise Mr Whippy. Prior to becoming an entrepreneur, Gordon had been one of the chief executives of Ogilvy and Mather in his homeland of South Africa. When circumstances changed, Gordon started looking for a new opportunity and ended up opening a group of retail stores which sold meat pies.

The stores were a great success in South Africa and they saw Gordon work alongside the Mandela Foundation, opening stores in impoverished African communities. But when Gordon migrated to Australia after his bodyguard was killed, the business floundered. After losing almost everything, Gordon took a break for a number of years until he saw an opportunity arise in Mr Whippy.

Fortunately for Gordon, it turned out to be a good investment and he has since acquired Pretzel World, Cold Rock, Trampoline, Nutshack and Europa.

Despite establishing a fun food empire, Gordon doesn’t fancy himself much of a cook.

“I’d had no experience in food whatsoever. I can’t make toast. There was one time in a previous office I tried to cook something in the microwave and set it alight. I enjoy eating, but have no talent for cooking,” he says.

“At the end of the day, in true entrepreneurial spirit, it’s about the concept of how you do business, whether it is ice creams, hamburgers or swimming pools.”

Gordon’s acquisitions have occurred because he likes the products and more often than not he’s approached the businesses wanting to buy them. So far he feels Cold Rock has been his most successful acquisition and he’s now doubled the brand’s stores to 120.

The group is now turning over $16 million a year. Gordon spoke to SmartCompany about growing the company, making acquisitions and running a “fun” company.

Aside from Saturdays, Gordon wakes at 6.45am every day.

“I go to gym twice a week and I absolutely loathe it,” he says.

“I have a trainer, but I’m forced to go. If I don’t go to gym I’ll have breakfast from home or else I eat down the road from the office. After that, it’s paperwork, telephone calls, meetings and putting fires out.”