Two days on the loo: The extreme lengths this founder went to launching charitable toilet-paper company Who Gives a Crap 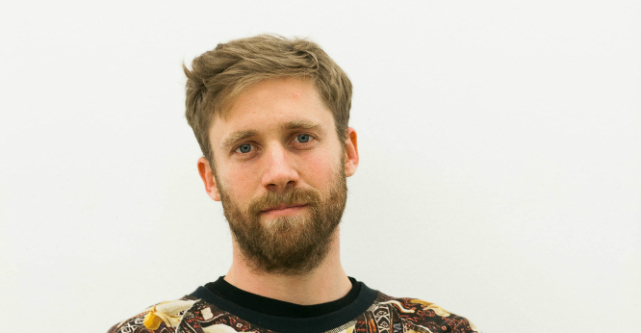 It’s often said it takes blood, sweat and tears to start a successful business, but what they don’t tell you is in some cases it also takes 50 hours on a toilet.

To be fair, Simon Griffiths’ experience is different than most, being the founder of socially-conscious toilet-paper brand Who Gives A Crap, which dedicates half its profits to building toilets in the developing world. His business has recently expanded overseas, spreading its feel-good rolls to the US and UK.

But six years ago Griffiths’ business started like many others, with an idea and a crowdfunding campaign.

“Back in 2009 I was working in and around social businesses, and one day I walked into the bathroom and just thought ‘why don’t we sell toilet paper that builds toilets’,” Griffiths told SmartCompany.

“I called three friends with the idea, and the last one I called said he was keen to get on board, and we started developing the idea.”

That friend was Jehan Ratnatunga, who joined Griffiths and other co-founder Danny Alexander to launch Who Gives a Crap after the three won a spot in a social-business incubator in Colorado, United States. But it took three years to get the product to market, and the business relied on a crowdfunding campaign to get the capital needed to launch.

“We were selling the most boring product in the whole world, and we didn’t have the sort of cult following needed for a successful crowdfunding campaign,” he says.

“So we came up with the genius idea that I would pledge to sit on a toilet and not get off until we’d hit our minimum.”

Herein lies the reason Griffiths spent the first 50 hours of his business’ life on the toilet, and also the reason Who Gives a Crap exists today. The team raised its $50,000 minimum and picked up the desired cult following along the way.

“I think we ended up getting the equivalent of about one million in PR spend thanks to the stunt,” he laughs.

Following the campaign, the team shipped its first batch of toilet paper in mid-2013, confident their three month’s worth of stock would be sufficient. However, orders began to double day-on-day, and the company sold out within weeks.

The three were baffled, as the business hadn’t started any serious marketing efforts yet. Digging into the source of their customers, Griffiths found the company’s word-of-mouth advertising was incredibly strong, with their crowdfunding userbase sharing their funky toilet rolls with their friends, families and colleagues.

“We had to triple down on our order volumes, and we were sold out of the product for about three months during 2013,” he says.

“That was five and a half years ago now, and today we’ve bootstrapped the company to growing three times year-on-year, and we now have almost 50 employees. We’ve also donated $1.83 million towards building toilets in developing countries.”

We're so excited about launching our new Happy Limited Edition we put together a list of our favourite happy things: 1. Babies giggling 2. Snuggly blankets 3. Finding money in your pocket 4. Warm chocolate chip cookies 5. Late night dance parties 6. Creamyyyyy avocados 7. Animals who are best friends 8. And llamas on toilet rolls! (Get yours???? in bio)

While Who Gives a Crap has seen resounding success Down Under, the team is focused currently on its UK and US launches, which kicked off in late-2017. This isn’t the first attempt the company’s had at cracking the US market, running operations there for six months after completing the crowdfunding campaign.

Australia and the US were the two countries contributing most to the campaign, says Griffiths, leading to the company deciding to sell in both markets from the get-go. However, this stretched resources too thin, leading to Who Gives a Crap shutting its US operations “until we could build a bit more capacity”.

Despite now having the capacity, Griffiths says the business’ international launches have been far from a cakewalk.

New research from payments company Stripe has revealed red tape is stymieing Australian businesses looking international, with 40% saying operating internationally today is harder than it was five years ago, pointing to tariffs, taxes and regulatory barriers as some of the main contributing factors.

Griffiths says the amount of compliance his business faces when operating across three markets is a “slog”, with the business needing nearly a year of preparation for each market before it could commence trading, and only now are the respective markets starting to take shape.

“It’s one thing running a business, but it’s another thing running a social business. You’re held to a higher standard by not only regulators but also your customers. It’s a fine line,” he says.

The main issues Who Gives a Crap faced involved opening new bank accounts, complying with different states’ tax requirements, and coming to terms with what it could and couldn’t say in its marketing.

“When we were launching in the US, I was back in Australia for a few months, and the bank in the US needed me to verify who I was on the phone,” he says.

“I accidentally fat-fingered it and pressed the wrong button while on the call, and asked if I could try again. They told me no, and said I’d have to come into a branch to verify myself and access my account.”

“So we didn’t have a bank account for the first few months of trade in the US.”

Reflecting on the process, Griffiths says there’s definitely an opportunity for government and other startups to streamline the regulatory process for companies heading international, saying its currently an unsolved and complex problem.

“It’s like the boss level of a video game. Regulation is the number one thing that makes running a startup so challenging, and it’s a massive problem,” he says.

“We’ve definitely had our fair share of letters from the IRS.”

NOW READ: How we did it: Eight entrepreneurs on the emotional rollercoaster of crowdfunding