Meet Iris Smit, the uni student-turned-entrepreneur who landed a $300,000 deal with Shark Tank’s Andrew Banks for her unique beauty product 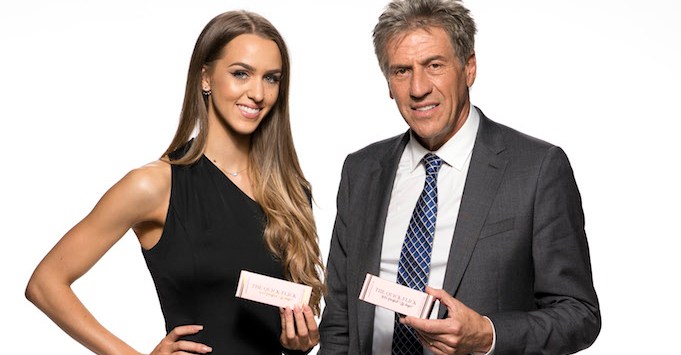 Entrepreneurs must be confident in their own business and have faith in themselves if they want investors to come to the table.

That’s one of the key pieces of advice from Iris Smit, one of the latest entrepreneurs to be offered a deal by one of the sharks in season four of Shark Tank.

“The best piece of advice I have is to have confidence in yourself and your business,” she tells SmartCompany.

“You have to have faith in yourself and what you’re doing.”

Smit’s second piece of advice is to “know your business like the back of your hand”.

“Know your numbers, business plan and where you want to take it,” she says.

If that advice sounds familiar, it’s because the sharks themselves regularly share similar insights: they want to hear from founders who know what they’re talking about and who are prepared to go through the process of due diligence too.

Smit is currently going through that exact process with Andrew Banks, who offered her a deal worth $300,000 for 27.5% of her business, The Quick Flick, on last night’s episode.

Developed by Smit, the The Quick Flick is a pre-loaded stamp for creating a ‘winged’ eyeliner look, which is available in three sizes. It’s also waterproof, vegan and cruelty-free.

The 23-year-old Perth-based entrepreneur had gone into the tank asking for $300,000 for 10% of the business. The pitch valued the business at $3 million, which Smit says was calculated based on current turnover and projected sales.

Smit had invested around $10,000 of her own money in the venture and in under a year, The Quick Flick had brought in more than $310,000 in sales. It also boasts healthy profit margins; each item costs around $5 for Smit to source and bring into the country and then retails for $34.99.

While Janine Allis also made an offer (the other three sharks felt they didn’t know enough about the cosmetics industry to get involved), it was with Banks that the deal-making happened in earnest.

Banks had initially made an offer for 30% of the business for $300,000 and while Smit says she did try to negotiate him down, “he didn’t budge much”.

And then there’s Banks’ connections in the US.

“A lot of our sales at the moment do come from overseas … it’s definitely a big deal,” Smit says.

The deal is still in due diligence but Smit is hopeful it will be finalised soon. If the deal goes through, Smit plans to use the investment to finalise the patent in Australia and the US for The Quick Flick, which is currently protected by a provisional patent.

From “a little project” to “huge potential”

Smit was still has university studying Interior Architecture when she began developing The Quick Flick concept.

“It was the mid-semester uni break and I thought, how about I work on this little project in my time off’,” she explains.

“My little project soon turned into a business.”

Like many entrepreneurs, the initial idea came from Smit’s own experience. In particular, her daily beauty regime.

“I designed it because I had this problem – it was taking me forever to do winged eyeliner in the morning,” she says.

“A lot of my friends had the same issue and it’s well-known in the makeup industry that it’s a really tricky look to master. I had also tried other beauty hacks and gimmicky products and nothing worked.

“I thought, surely lots of other people have this problem.”

Smit had watched Shark Tank a number of times and had closely followed the US version of the show. With one full-time employee to help with emails and orders, she felt the time was right to find someone to help her take the business to the next level.

“At that stage, I’d pretty much done everything I could on my own. The business was growing so rapidly, and I needed a mentor to guide me,” she says.

The goal is to eventually launch an umbrella company, Quick Cosmetics, which will become the home for The Quick Flick, as well as a host of other cosmetic products.

“I think it’s important to start out with a core product and really develop a loyal following for the brand, become known for a signature product.

“My idea with the whole company brand is to develop other products that align with the same concept, that are quick, easy, and user-friendly.”

There’s also plans to expand The Quick Flick range into more colours too, and crucially, to target the retail arena.

“One thing I said on the show was that all sales bar 3% are online, so I see huge potential in the retail market,” she says.

“Sometimes the product can come across as a bit gimmicky unless someone tries it in person and sees it work. I want to branch into retail so people can try it in person.”