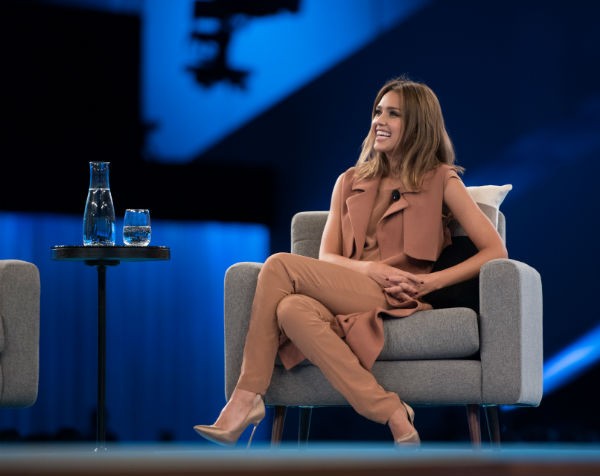 Hollywood star Jessica Alba may be in for a $US1 billion ($1.33 billion) payday as one of the world’s largest multinationals circles her eco-friendly, online startup Honest.

The Wall Street Journal has confirmed Unilever is in discussions with Alba’s company to stitch together a deal reportedly worth more than $1.33 billion.

In five years, Alba has taken Honest from a fledgling startup to a company attracting the interest of the world’s third-largest mover of consumer goods.

In 2012, its first year of sales selling products, Honest did $13 million in revenue, but by 2014 had already reached $200 million, with industry commentators tipping it to hit $332 million, according to a report in Forbes earlier this year.

It sells through mainstream retailers, such as Target, as well as online with a marketing proposition of providing safe, non-toxic products, particularly for children and babies.

Forbes noted that with the company’s focus on growth over profits, Honest had built to a current valuation of more than $2.2 billion by last last year.

By comparison, Netherlands-based Unilever is one of the world’s oldest multinationals and controls around 400 brands in 190 countries. In 2015, it had revenue of more than €53 billion ($79 billion).

The move would be an interesting one for Unilever which has brands such as Dove soaps and Axe, in its stable, and has been embroiled in environmental and ethical controversies in the past.

But Alba’s Honest Company hasn’t been without controversy either. In 2015 it was hit with lawsuits claiming some of its products contained chemicals, which the company says it shuns.

Alba has repeatedly denied the reports, calling the suits “baseless” and said Honest was being singled out as an “easy target”.

Forbes this year listed Alba in its self-made women rich list, estimating her 20% stake in Honest to make her worth $452 million, or the 42nd-wealthiest self-made woman in the United States.

Honest was rumoured earlier this year to be considering a public float, until the news from Unilever emerged, in what would be its second $US1 billion splurge this year.

In July, the company bought the Dollar Shave Club, which sends customers disposable razors for a monthly fee.