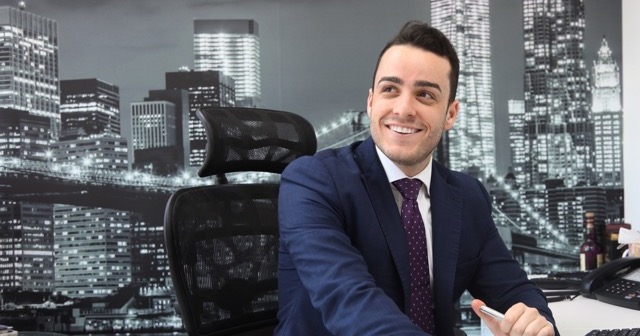 Brisbane entrepreneur Jordan Grives says it hasn’t quite hit home that he has sold the business he created less than 10 years ago.

Grives today revealed he has sold telecommunications provider Fonebox Group to an undisclosed NASDAQ-listed firm, after what he describes as an intense due diligence process. Grives will continue on with the company, while also pursuing other ventures, including as an investor in other tech-based businesses.

“I don’t quite know when it will sink in, perhaps when more and more responsibility is taken away from me,” the 27-year-old told SmartCompany this morning.

A regular fixture in SmartCompany’s Smar50 Awards in recent years, the telecommunications provider found a niche in the market for 13, 1300 and 1800 inbound phone numbers by offering customised solutions that incorporated inbound numbers and call routing, tracking and phone answering services.

The company has continued to grow since then, recorded revenue for the 2015-16 financial year of $9.5 million.

Grives, who co-founded the business in 2008 at the age of 18, is not disclosing the large company that has purchased the business, or confirming the sale price. However, the Courier Mail has given the sale a price tag of $30 million and speculated the buyer could be J2 Global, which already has a presence in Australia and New Zealand.

Grives has always been a self-starter and was channeling his entrepreneurial side even while still at high school; while in ninth grade, the 15-year-old started selling cans of Coke and Sprite out of his locker, pocketing a couple of hundred dollars a week from his schoolmates from a venture that was eventually shut down by the school.

“Back then, in school, when no one has a job, a couple of hundred dollars was great … I wanted to leave school straight away to start making money.”

How the deal was done

Grives readily admits as a young business owner, exiting his business was not something he gave a lot of thought to until recently.

“Being young, you don’t think about it like that,” he says.

“Your brand is sort of your baby.”

But having surrounded himself with other successful entrepreneurs in the telecommunications space, Grives says over time he began to consider potential exists, including listing the business or being acquired.

“It was never something that was on my mind, but now I see where you can take a business, it does change your perspective,” he says.

Grives began exploring a potential sale of Fonebox in 2015 and says getting the right advisers on board early was critical. He was advised on the sale by Ben Wilson and Matthew Foote of Deloitte Corporate Finance and Tim Sayer and Heath Manning from law firm Talbot Sayer.

“You know your business better than anyone else,” he says.

“I had the right people around me from an education perspective … who were making sure the nitty gritty part of the deal was looked after while I focused on the broad strokes.”

Grives says for a sale to go ahead, the business owner must “be in a position when you’re ready to sell”. The next step is then to find the right partner.

“You’ve got to want to be acquired and they’ve got to really want the business, for whatever reason,” he says.

And that means not rushing into a deal, and making sure the appropriate due diligence is done.

“Just take your time,” he says.

“A lot of people rush out and get excited and infatuated.”

It’s also important not to let a potential deal distract from continuing to run – and grow – your business, the entrepreneur says.

“You’ve got to be careful it doesn’t take away from the day-to-day running of the business because pretty quickly, it becomes a full-time job,” he says.

Grives says he was fortunate to have a team at Fonebox that were able to keep the business on track while he was spending more time out of the office or taking meeting with advisers.

Investing in the future

While Grives will still have his hands full at Fonebox, the young entrepreneur is starting to turn his attention to finding other businesses that he can invest in and help to grow.

He is establishing his own venture capital fund, Capital J Investments, and plans to appoint an advisory board over the coming six months.

He says it is too early to tell as to what sectors or businesses that will spark his interest, but technology based companies are likely to among his investments as he sees technology as one of his strengths.

As much as it is about “injecting some cash” into these businesses, Grives says his focus is on finding ventures that he is passionate about and ones he feels he can contribute too.

so strange when you asic search the company it was founded in 2002. Yet according to your report he founded it at 18. Lets pretend your facts are correct and he founded it. At 27 and a company registration of 2002 that would mean he founded Fonebox at 13. Youngest entreprenaur in australian history 🙂

At Telecom Corporate we love Dragon dictation software but sometimes it can go astray … the website that’s down is fonebox.com.au

According industry buzz the reported sales price has not been confirmed by
the purchaser.