The world knows about Michelle Bridges’s fortune – the fitness star entered BRW’s rich women list in 2015 with a net worth of $53 million – but her success is a product of decades of work both on and off camera. That work ethic was on display on Friday when she took to the stage at Business Chicks’ 9 to Thrive event in Melbourne and made everyone do 10 squats (“I am not joking!” she shouted happily at the audience) before sitting down to explain exactly how she built her brand, leveraged The Biggest Loser and balanced it all with a family.

Bridges was clear on one thing: she doesn’t take no for an answer. “Not in an arrogant way,” she was keen to tell the crowd, but there’s something about her business sense that has shaped her vision of a ‘fitness community’ into a multimillion-dollar empire.

The Biggest Loser might have launched Bridges into mainstream media, but her first fitness segments appeared on Nine’s morning show with Kerri-Anne Kennerley – a gig she gained through hounding the television host for months. Kennerley was taking one of Bridges’ fitness classes at a Sydney club and Bridges saw this as the perfect opportunity to pitch herself as a fitness presenter for a TV audience.

“I would chase her around ad nauseum, showing up in the weirdest places, in the change rooms,” Bridges says.

But it worked. Nine gave Bridges the opportunity to film five segments on spec, then they booked her a recurring spot, even back-paying her for the test episodes. It was the first of many steps in the entrepreneur’s broadcast media career, all thanks to the pursuit of the star of the show.

“There have been plenty of times where I’ve felt like, ‘no, no, this is going to happen, you just aren’t with me on this yet, let me spell it out’,” Bridges told the crowd.

This drive to get her way has been useful even after joining the Biggest Loser team as a trainer, where the pitches that flowed Bridges’s way didn’t always have her financial interests at heart.

“I was on holiday in Bali when my agent called,” she explained, “and said, there’s a media outlet company that want you to write for them – I think I secretly wanted to be like Sarah Jessica Parker and have my own column. They said ‘they don’t want to pay you’.”

At the time, Bridges had six bestselling fitness books on the market.

“It might have been that I’d had too many margaritas around the pool, but I pulled out my computer and said to my agent, ‘I’ll call you back, send me the brief’. I wrote three articles, copyrighted them and rang her back and said ‘send them this and tell them that’s what they’re not going to get,'” Bridges recounted.

It worked – the cheekiness secured her a writing deal on her terms.

“I knew I could do it, and I just wanted to show them what they could possibly miss out on,” she said.

Escape the ego, focus on the brief

Bridges has now written 13 bestselling fitness books but she said convincing editors that she was bankable proved an incredible struggle.

“I’d started writing this book off the back end of The Biggest Loser,” she explained, “and I thought it was going to be an absolute cracker”. However, publishers had a different idea, telling Bridges time and again that the health and fitness “thing” had been done.

The experience was a lesson in leaving your ego behind in the name of getting a task completed. Bridges now always goes back to review a brief if she is told no, regrouping and trying again. To get her debut title on shelves, she submitted work to publishers seven times at a stage in her career when her public persona was well established.

“I don’t mean I don’t take no for an answer in an arrogant way. There have been many instances when I’ve gone back for a second bite of the cherry,” she said. 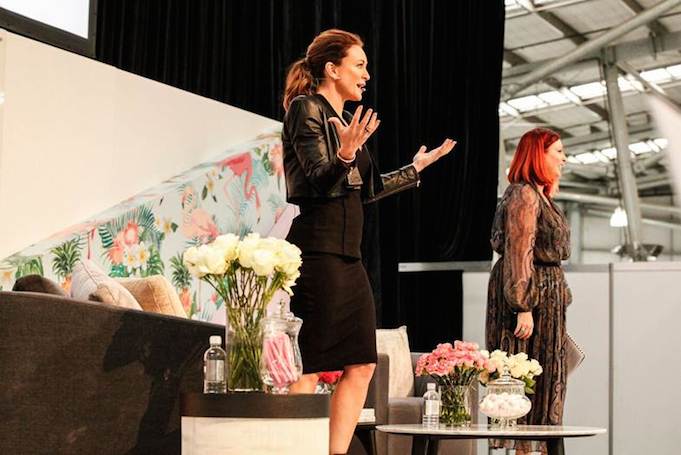 The ’12 Week Body Transformation’ fitness and eating program has become a central part of the Bridges brand – but it started on her lounge room floor as an idea she was passionate about. It’s a good reminder to take a punt on new ways of reaching an audience, even if there’s no model for your project already out there.

“I knew there could be something in it,” she said. “I wasn’t an internet genius, but I knew someone in my scope of mates who was.”

They got started developing a pilot training program and forum space in 2011 and in the times since, the 12WBT program has expanded exponentially into a subscription-based online training program.

During the first round of ‘body transformation’ her team were unsure of the outcome, setting a longer term target of a few hundred interested customers. But at the end of the first program, a couple of hundred people showed up when Bridges invited participants to join her for a run in Sydney.

“This was the first time I’d ever seen these real people,” she explained.

“It was lovely, it was the very first one – I’ll never forget it. We’ve broken a Guinness World Record for one of our workouts now. All from a run in the park.”

“There’s no point having a foot in each camp,” Bridges said, telling the Business Chicks audience you have to believe you can do something before achieving it.

Once you’ve found something that drives you, it’s important to be authentic in your brand, said Bridges, even if it’s at odds with the common image in the industry. For the health and fitness sector, she said this means not trying to be someone else.

“You don’t have to be photographing yourself in a bikini doing a backwards headstand in the Bahamas and posting it on Instagram to inspire other people – just be you,” she said.

It also helps to have the broader focus in mind.

“Remember the reasons why you got into it in the first place,” Bridges said.

“Fitness is about the people, helping others, drawing inspiration from them”.