When the Northern Territory Department of Trade, Business and Innovation said they’d provide support for us to ride motorcycles 2000km from Alice Springs to Darwin in search of innovative people and businesses, we expected to find a few gems, but not a tank full of them.

Armed with camera gear and in-built GPS on our Indian motorcycles for a web series we would call the Ingenious Oz Project, we tracked down folks who we heard had created something unique by thinking outside the square and putting in the effort.

So who did we interview and what three lessons on innovation did we learn from these remote businesses?

We started in Alice Springs where we met the passionate director of Earth Sanctuary, Dan Falzon, who, with his two brothers and extended family, has created a 100% sustainable tourism business that has evolved over time and now welcomes more than 400 people a week.

From there, we visited Purple House and chatted its incredible chief Sarah Brown. Purple House provides dialysis to Indigenous people living in and around Alice Springs and in remote areas of the NT. And they started without any government support.

Leaving Alice Springs behind we headed north, interviewing people in Tennant Creek and later Katherine which is home to Tom Curtain and Anabel Mclarty, owners of the award-winning Katherine Outback Experience. Until the live export ban, Tom was a successful horse breaker. When his business dried up literally overnight, he had to think fast about how he could use his skills and experience in a completely different way. And he did!

Stops at Australia’s largest barramundi farm in Humpty Doo and a tour of the NT government-backed Darwin Innovation Hub followed, bringing our trip to an end and leaving us with a wealth of advice to pass on to other small-business operators, particularly on the concept of innovation and how people living in remote areas were embracing it.

So what did we learn?

This was a saying in the outback that we heard numerous times. It’s as Aussie as ‘she’ll be right’ and rings so true for the people we met. Just get on with it and do it. It’s about finding a gap, an opportunity or problem and just getting on with it.

Dan Falzon and his family moved to their property in Alice Springs from Victoria at the turn of the millennium when there were fears about so-called Y2K. They had a dream to create a tourism business in which they could talk to people about the importance of the environment and sustainability.

It was a great idea, but at the start, it didn’t have a lot to offer tourists and was therefore not going to be paying many of the household bills. With just a small house on the property, the three brothers slept on swags outdoors for the first few years, during which time they developed a love of the stars.

Their interest and growing knowledge led them to wonder whether other people would be interested in seeing what they were seeing, and maybe pay for the privilege of learning more about the universe. 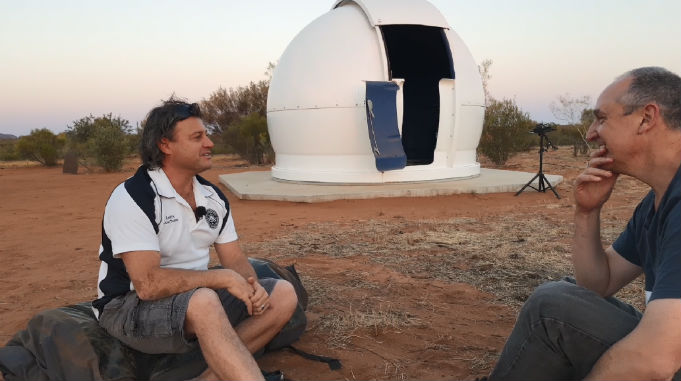 That idea helped them create their own nightly star shows, later adding the Spirit of the Outback Dinner and Show. They now even sell their own brewed beer at the dinners they host — another idea that they decided to “have a crack” doing — and which helps to ensure the business is financially successful as well as sustainable.

Tom Curtain’s award-winning Katherine Outback Experience was born out of necessity. He was a horse breaker in the NT until his business dried up after the live beef export ban.

A frustrated musician at the time, Tom hit the local caravan parks each night, singing for tourists for small change, and doing a far smaller amount of horse breaking on his farm during the day. When he mentioned to one tourist what he did in the daytime they said it sounded interesting and asked if they could come and watch.

Like the Falzon brothers at Earth Sanctuary, Tom wondered whether others might share his interests and so he spray painted a few signs advertising what he was doing and stuck them around town until the council told him to take them down. Unperturbed, he moved the signs a bit further out.

He started to combine his horse training with dog training and singing and the Katherine Outback Experience was off and running. The show now hosts more than 400 people a week in peak season.

2. Be resourceful in solving problems

The chief of the Darwin Innovation Hub, Harley Paroulakis, told us that in regional places and regional environments there is a need for people to be resourceful “because of the limited population and the need to do several things yourself”.

“The very nature of regional Australia requires people to be resourceful and I think the very essence of resourcefulness is about solving problems, and that really is what innovation is.”

Thirty years ago, Pintupi people from the Western Desert of central Australia began leaving their country and families to seek treatment for end-stage renal failure in Alice Springs or Darwin. Far from their homes, they suffered loneliness and considerable hardship. So they decided to do something about it.

When their call for government support to set up a mobile dialysis service to allow the sick to remain on country was rejected, Papunya Tula artists from Walungurru and Kiwirrikurra developed two collaborative paintings which were auctioned at the Art Gallery of New South Wales, raising more than $1 million, allowing them to create Purple House. 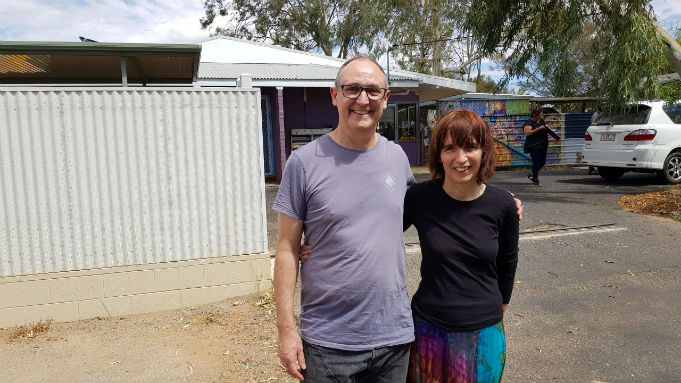 It began dialysis services in a suburban house in Alice Springs and its first remote dialysis clinic in Kintore opened in 2004. It now runs 13 other clinics and a mobile dialysis unit called the Purple Truck, with three new clinics expected to open this year, including Purple House’s first South Australia clinic.

To ensure it can reach its goals, Purple House chief Sarah Brown told us about their latest enterprise of making and selling a range of Bush Balm products that are produced by harvesting medicinal plants collected on Aboriginal lands.

They were first produced for patients and their families who were staying at Purple House in Alice Springs until a decision was made to sell them.

“Naturally we didn’t know anything about producing or selling products like this in large quantities but through trial and error and talking to a lot of people we’ve become pretty good at it now,” Brown explains.

“What it has meant is an additional revenue stream for Purple House and at the same time employment opportunities for patients and their families who are staying with us.”

All the companies and people we met, while successful and perhaps comfortable financially, are continuing to innovate. It really is a never-ending process.

Co-owner of Humpty Doo Barramundi, Bob Richards, told us their weekly meeting of all department heads is all about innovation. If and when problems arise, solutions are found quickly.

If larger changes are to be made their strategy is to make small modifications and test them until they’re satisfied they can be implemented on a larger scale.

The method of management — “we’re experiential learners” —  has resulted in the development of a wetland system that returns water to the Adelaide River as pristine as it was when it arrived.

“The philosophy I’ve come up with [in business] is survive, learn, grow,” Bob explains.

“We think the culture that works best in a very fast-moving industry and a rapidly changing company is communication. The thing that scares us the most is silo mentality, of people trying to hold onto their own little area and defend it rather than seeing themselves be part of a bigger thing.” 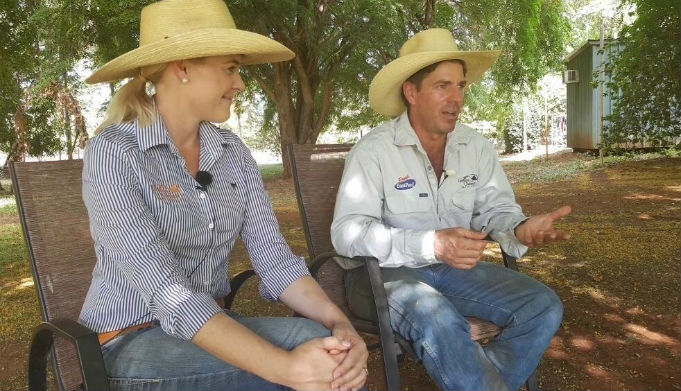 Chatting to Tom Curtain and Anabel Mclarty from the Katherine Outback Experience.

In the Top End from December to February, there’s a thing called the wet season which means that outdoors-based activities, like the Katherine Outback Experience, sees a drop-off in visitor numbers. Recognising this, in the wet season of December 2017, Tom and Anabel took their show on the road through regional Western Australia.

In December 2018 they embarked on the Speak Up Tour, doing more than 60 shows through Queensland, NSW and Victoria. Tom even found the time to visit schools to talk about bullying.

NOW READ: Why becoming an entrepreneur in rural Australia will set you up for life