Having your product placed under the nose of an influential celebrity would be a dream come true for many businesses, let alone having your wares presented to hundreds of them.

But for MOUS fitness bottle creators Jarahad Valeri and Matthew Kempe it’s reality, with the duo’s water bottles to be included in the gift bags that will be handed out at the 89th Academy Awards next week.

The MOUS bottle aims to raise awareness of the health risks posed by many plastic drink bottles and protein shakers, and is designed to be healthier and easier to use.

Fellow Melbourne water bottle brand Memobottle scored a spot in the gift bags for last year’s Oscars, but this time round, it was the MOUS bottles that caught the attention of the marketing company behind the gift bags, Los Angeles based Distinctive Assets.

“It was quite nice to know from every product they looked at, ours was one they picked.”

Getting in line with company values

But Valeri and Kempe didn’t jump at the opportunity before doing some homework. Kempe says they did their due diligence and considered if the placement would align with the company’s values.

“We did our research and looked into it, and discussed how it could be good for MOUS and what it would achieve, and where it could take us,” Kempe says.

“A lot of brands at the moment just want to flog off products without any heartfelt side to it, so we wanted to really get our message across.”

That message is one of support for healthier people and a healthier earth.

MOUS’s product is made from high-quality non-porous materials in order to prevent food products from being absorbed into the material.

Kempe warns many users of protein shakes are not aware of the health risks plastic bottles cause, which he claims can cause symptoms similar to food poisoning. 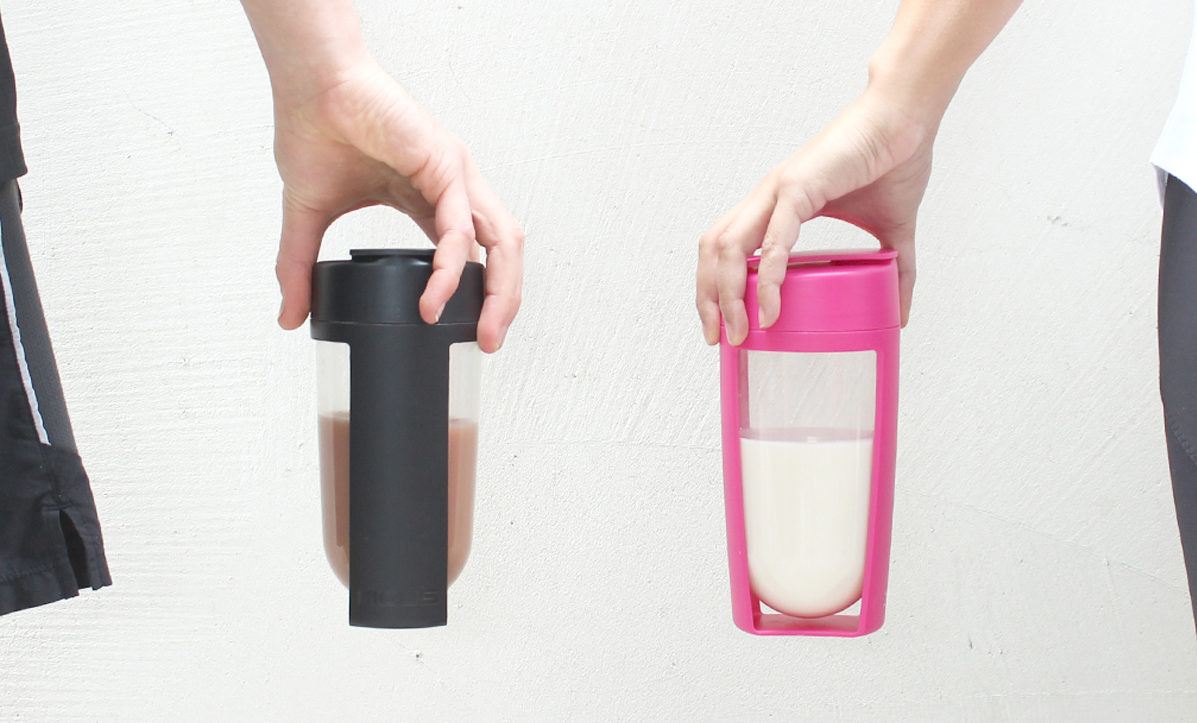 “If you leave a food grade product in the bottle it will go off, and harmful bacteria could get absorbed into the plastic itself,” he says.

“Alongside that, the bottle can develop a stench so people don’t want to use it anymore.”

This health message led university friends Kempe and Valeri to the idea for MOUS, with both having been subject to smelly protein shakers with hard-to-reach corners.

“There are some massive design flaws in current bottles, mainly with food getting stuck in corners which are very hard to clean out,” Kempe says.

“We designed the bottle to have no corners and to be as wide as an average human hand, so it’s much easier to clean.”

Kempe hopes in creating a reusable bottle that won’t get dirty, he can help cut down on a number of plastic bottles disposed of worldwide.

Exposure hard to get for businesses

While Kempe declined to reveal how much the water bottle brand is turning over, he said the business is currently selling more than 1000 units a week. The bottles retail for $35 a piece.

Kempe and Valeri believe getting the bottles into the Oscars gift bags will give their brand fantastic exposure, which they hope will lead to an influencer coming on board to help them start working with charities.

“When you don’t have any marketing budget it’s hard to get exposure, so from a business standpoint it’s really great,” Kempe says.

“We’re also hoping it kicks off the charity side of the business, as we want to team up with influential people over the world to make products that donate 100% of profits to charity.”

And if the Oscars buzz leads to demand for the product blowing up overnight, Kempe says the business is ready.

“We’ve got about 20,000 units in stock around the world, so we’re prepared for a huge influx of sales,” he says.

“If it gets really popular that’s great, but we’ll just take any opportunity that comes.”

Strongly doubt this is good positioning, it’s very expensive – a fee is required which Smart Company is remiss in excluding. And they have negative connotations:

“Occasionally, celebrities are required to turn down gift bags because
they have signed conflicting endorsement deals. Others give theirs away;
George Clooney opted in 2006 to donate his bag to a United Way charity auction, where it sold for $45,100. And still others object to the mere idea of gift bags on moral grounds — in 2007, Edward Norton called them “disgusting and shameful,” suggesting that the Academy instead make a charitable contribution in winners’ names.” ”

In 2016, the Academy filed suit against Distinctive
Assets, claiming the latter’s gift bags constitute trademark
infringement and damage to the Academy’s reputation. The bags that year
includes a few items the Academy deemed “unsavory,” such as marijuana
vape pens, sex toys, and a “vampire breast lift,” which the Academy
apparently didn’t want to be linked with in the media.

There’s also the fact that such lavish displays of
excess, even if not officially linked to the Academy, are bad optics for
an organization that has come under fire in recent years from the
#OscarsSoWhite movement and other diversity-oriented groups. – Vox 22/2/17