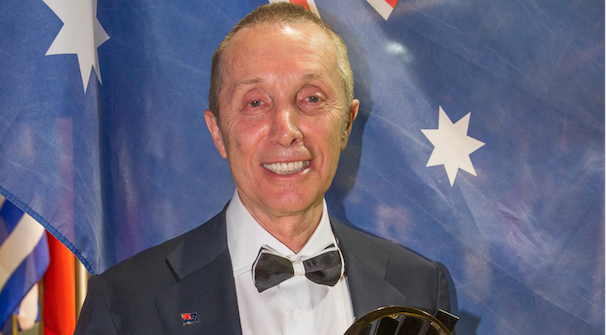 All companies need to continually reinvent themselves, according to Moose Enterprise chief executive Manny Stul.

Over the weekend Stul became the first Australian to be named Ernst & Young World Entrepreneur of the Year, having taken out the Australian award in October 2015.

Stul received the prize in Monaco, after being selected from a field of 55 candidates from 50 different countries.

He told SmartCompany receiving the prestigious global award was “a bit overwhelming.”

“I went into it very optimistic, but I had the perception another candidate was well ahead of me,” Stul says.

“It was a big surprise but very welcome.”

Moose Enterprises was established in 1985 and by the time it was bought by Stul in 2000 it was employing 10 workers.

The company now employs more than 200 people and has annual turnover of more than $600 million, according to Fairfax. Stul and his family debuted on this year’s BRW Rich List with estimated wealth of $1.24 billion.

Moose Enterprises won the 2015 Girl Toy of the Year for its Shopkins Small Mart toy, adding to the company’s already impressive list of accolades. According to EY, Moose is the fourth largest toy company in Australia by sales and the sixth largest in the US.

“It was great to receive recognition of me and my achievements,” Stul told SmartCompany.

“Recognition of achievements outside the toy industry really helps raise the profile of the company.”

Stul says his company is focusing on attracting talented workers, which global recognition from EY will also help with.

“It’s all about getting great people on board and looking after those people,” he says.

In 1974 Stul established and ran a giftware company called Skansen, which listed on the Australian Securities Exchange in 1993.

But if you had asked Stul then if he expected to one day own a toy brand, he likely would have said no.

“I didn’t think I would, but the right circumstances arose,” Stul says.

Moose Enterprises had some rocky times around 2007, when a mass product recall was required for its Bindeez art kit products, which were found to contain traces of a GHB-like drug.

“At that time, we had major hurdles to overcome, and I was advised by multiple people to go into administration,” Stul says.

Stul says it was “through tenacity” that he managed to negotiate 34 different deals with creditors in order to keep his business trading.

These days Stul says he and Moose Enterprises focus on innovation in the toy industry, saying “its in our DNA”.

“Without a doubt it is essential to be innovative, reinventing yourself,” Stul says.

“All companies need to be reinventing themselves.”

Advice for other business owners

For businesses and entrepreneurs hoping to emulate Stul’s success, he has three pieces of key advice.

“You have to be very diligent, tenacious, work hard to overcome any issues,” he says.

“Be aware of your market and everything happening in it, be up to date with changing technology.”

“Value integrity, and make sure all your deals are done in a win-win situation.”

Stul is very proud of what his company and team has accomplished, and believes Australia has potential to produce many more world-class entrepreneurs.

“Australia’s a great hub of entrepreneurs, they just all need to think bigger,” Stul says.

Most businesses need to keep innovating to compete with competition. More and more
businesses/companies are starting from an idea or product or services that do not exist; the words “start-up, entrepreneur” come to mind.