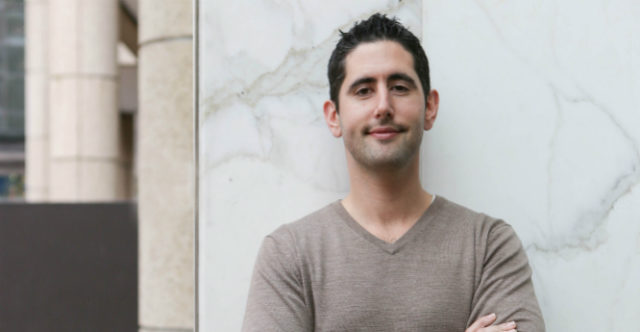 The co-founder of Menulog and two experienced Australian entrepreneurs have teamed up to launch a new startup after receiving $2 million in funding to develop the idea.

FoodByUs is a sharing economy platform connecting home cooks with members of the community – think Foodora or Deliveroo but with your neighbour cooking the food instead of a restaurant.

The FoodByUs platform allows vetted home cooks to list their food on a platform, with users then selecting what they want and either collecting it or getting it delivered. The startup takes a 20% cut from every transaction made on the platform.

The trio began working on the business full-time earlier this year after receiving a $2 million cornerstone investment from a group of high-net worth individuals and institutional investors.

Lipschitz says the founders were inspired by the success of other sharing economy-based startups.

“We looked at the fact that these days people are buying products and services from other people – you don’t take a taxi, you take an Uber; you don’t stay in a hotel, you stay in a private residence through Airbnb,” Lipschitz tells StartupSmart.

“We took the concept of the sharing economy to enable home cooks to really have a way to sell their food and change the way people in Australia can buy and sell food.”

FoodByUs will be the first company in Australia to apply the Uber model to home cooking, Lipschitz says.

“It’s an Australian-first – no one has done this before,” he says.

“Despite the level of innovation happening in the food industry, a lot still revolves around restaurants and retailers. No one has looked at it in terms of the sharing economy, and we’re hoping to break new ground with.”

The cash injection came in the very early days of the startup, and Lipschitz says the experience of the co-founders helped to convince the potential investors.

“Experience played really well in terms of the ability to say that it’s not just a great idea, but that we are the team to make this idea happen,” he says.

“We really picked a team that shared our vision and who had the right network and experience to build this company with us.”

FoodByUs soft-launched at the start of August and now has 80 makers on the platform offering 500 meals. The startup has now officially launched in Sydney with plans to expand across Australia in the coming months, starting with Melbourne.

“We’ve really focused on building a quality product for all of our users,” Lipschitz says.

“To rush out across cities and across countries wouldn’t be best. We want to make sure that every buyer can locate that authentic quality local food in their area.”

As with all marketplace startups, Lipschitz says the focus is on growing both sides by providing value to all users and the founders’ experience at Menulog proved crucial to do this.

“We were very fortunate to have that Menulog experience in our co-founders,” he says.

“We got quite a lot right off the bad and that was from understanding how to build a two-sided marketplace.”

For the sellers, it’s all about flexibility and providing the ability to earn a supplementary income, Lipschitz says.

“It’s important for us that we give them the ability to set which days they’re happy to cook and for how much,” he says.

“That focus in the beginning was really good and helpful in terms of evolving the idea.”

For the buyers, he says it’s about saving money and discovering great local food.

“It’s about the idea of ‘meet your maker’,” Lipschitz says.

“This represents local, authentic freshly made food that’s difficult to find, and you can’t get anywhere else.”

He says that every home cook trying to list on the platform will have to pass a taste test by a member of the FoodByUs team, and will be required to fulfil all local regulations. Users on the other side will have to rate and review after every purchase.

“That’s not just for the sense of quality and trust, it’s about making sure you are a quality maker,” Lipschitz says.

“We don’t take just anyone and if people aren’t up to scratch we take the appropriate course of action.”

Capitalising on a booming market

FoodByUs can capitalise on the booming food delivery market as well as more traditional sectors like farmers’ markets, Lipschitz says.

“The size of what we could be dealing with is in the order of $2 billion,” he says.

“We’re the first to do it and we’d love to be the market leader and take a healthy chunk of that.

“People are adopting the idea in its early stages and from here the next step is just to grow to get that scale.”

He says that while founders are often told to go to market quickly, it’s also important to be patient.

“What we’ve learnt in the weeks since we’ve gone live is that spending extra time to make sure that makers can set their schedule and have extra functionality is actually worth it,” Lipschitz says.

“It’s worth waiting because it’s so hard to get people to come back a second time if the experience isn’t great. We all have had previous business experience and we had a level of patience this time round, which we’re happy to see paying dividends.

“Don’t rush it because as fast as you want to go in a startup, it’s better to do it right.”