Why Mikaela Jade is one entrepreneur to watch in 2017 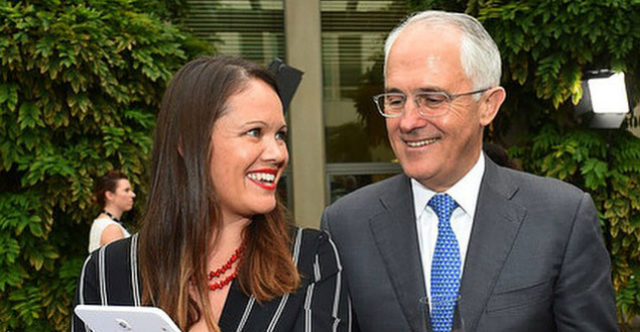 And she gets to do it all from Kakadu, 240 kilometres east of Darwin.

I first heard about Jade’s work two weeks ago when she joined Lucy Turnbull, Google’s Sally-Ann Williams and entrepreneur Sarah Mak on a panel session at the SheStarts showcase. Jade shared her story about building a tech business in an unlikely place, and noted some of the hurdles she’s navigated along the way—particularly in trying to access funding.

“I’m Indigenous. I’m female. I operate a tech business from a remote part of Australia. Investors said I was high risk,” she told the panel.

Later I caught up with Jade over the phone about her story and found out she’s not just building a tech business—she’s building one at the cutting edge of technology, developing augmented reality mobile apps. She’s also doing it on a mission to help Indigenous peoples access digital engagement opportunities for storytelling that are quality, affordable, and culturally appropriate.

A Cabrogal woman, Jade’s an environmental biologist, a “commercial drone pilot”, and is leading Indigital’s research and development, product development and expansion internationally. Everything she knows about tech has been self-taught, and she tells me about a great aunt now in her 80s who’s still teaching computer courses in Sydney. Jade spent 14 years as a park ranger, before moving to the Australia public sector to help manage government innovation across 200 agencies. During that time she was introduced to the power of augmented reality at Canberra University, and realised its potential for Indigenous communities.

Unable to access investors, Jade self-funded her initial idea to bring Indigenous stories to life through a smart phone, and managed to secure a government grant to get started.

The problem was that she needed to find a way to make the augmented reality work without the internet. A scientist by background, she knew it could be figured out, but unable to source anyone who could help locally, she had to look overseas.

“It was too foreign and too expensive, and people here were asking for ridiculous amounts of money,” she tells me.

“Basically just before the grant period expired I found myself crying in bed, and then I just started cold calling anyone who was doing augmented reality overseas and telling them what I needed to do. These guys in the UK got back to me and said ‘we love it, let’s do it’.”

They worked on it for two years—all online, with Jade using photogrammetry to capture natural objects on country, which could then be 3D-printed and recreated by the development team overseas.

Jade says working in Kakadu has been a bit of “a curve ball”. She moved there after her partner got the job as park manager, and she wanted to support him. “I had no working opportunities and I just thought I’d start this company doing augmented reality.”

Jade now has a small team working offshore, as well as a number of people in the community she works with on a weekly basis.

“I also have an amazing LinkedIn network. I just ask people, I ask mentors for help, anyone,” she says.

“I seek out people through LinkedIn, or people who’ve done TED Talks. People are generous with their time.”

Already, she’s personally demonstrated an app to Prime Minister Malcolm Turnbull, showcasing how Indigital uses image recognition technology (like the facial recognition you come across in airports) to enable users to aim their smartphone camera at rock art and other objects to access details and learn stories about the site.

Having travelled extensively in the past year, Jade’s now determined to tell her entrepreneurial story to as many people who’ll listen and to find a partner to help officially launch the app in a major city. She’s certainly getting attention and has already featured across a range of platforms including the ABC, SBS and Vogue magazine. Jade’s one female entrepreneur to watch in 2017.