Mindful business: The entrepreneurs making it their business to improve your wellbeing despite the hype

Julie Haslam describes herself as someone who “always loved working and working hard”.

Haslam forged her career in advertising and marketing, spending 15 years working in large advertising agencies and in senior marketing roles for companies such as Audi.

But around 18 months ago, Haslam fell sick with a stress-related illness and ended up taking a number of months off work.

“It was a disaster for me and for the business,” she told SmartCompany.

“But it gave me time to reflect and realise having time for ourselves is really important for individuals and for businesses.”

Haslam has now combined this appreciation with her marketing skills and launched The Downtime Agenda, an online retail store and content hub dedicated to the art of taking time out.

Haslam is one of a new breed of business owners who are tapping into the multi-million dollar corporate wellness industry in Australia, which after experiencing stagnant growth since 2012, is tipped to start growing again as more employers turn their attention to investing in their own wellbeing and that of their employees.

According to market research from IBISWorld in August, the corporate wellness services sector in Australia produces close to $50 million in annual revenue.

The market is forecast to grow by 0.9% between 2017 and 2022, after a period of annualised growth of -0.5% between 2012 and 2017, which IBISWorld attributes to a reduction in government subsidies for corporate wellness programs.

Unlike many Australian industries, the corporate wellness market is not dominated by a small number of dominant players and this seemingly bodes well for small business owners like Haslam.

Launched in late August, The Downtime Agenda sells a range of physical goods, including blankets, candles, gardening tools, skincare products and books, as well as ‘experiences’ – from yoga or gardening classes, to styling seminars and gin-making workshops. The site also includes articles with suggestions on how to wind down and interview with celebrities and media personalities.

The business will focus on the corporate gift market, an area that Haslam says she has always been interested in, with users able to purchase a voucher for The Downtime Agenda overall.

“Traditionally, [corporate gifts] can be a little thoughtless,” she says, citing examples of companies buying all their employees the same exact gift.

Instead, Haslam is hoping businesses will be attracted to the idea of letting their employees choose a ‘downtime’ activity that most interest them and “come back to work refreshed and rejuvenated and … in a better place”.

“It’s the same pressure [and] it’s almost harder to switch off as you love it more, it’s your baby.” 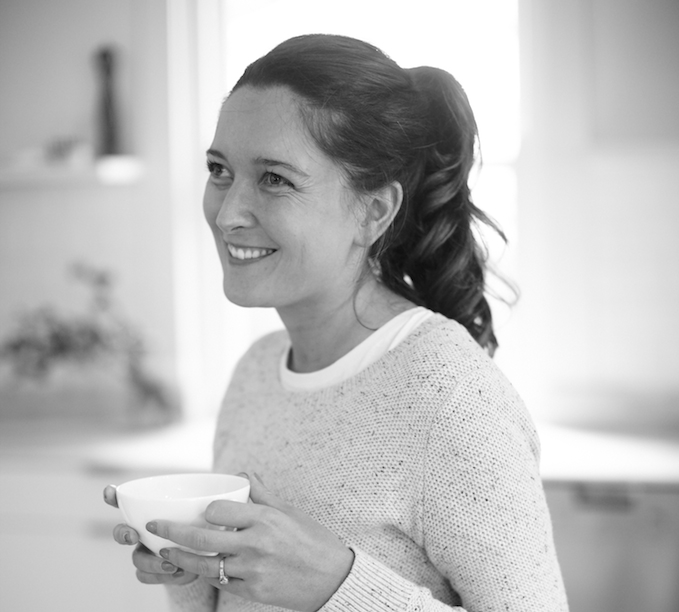 While revenue growth from corporate wellness services in Australia may have been stagnant, the past four years has seen an explosion in articles and content written about wellbeing and mindfulness in businesses.

You don’t have to look far to see examples of large corporations teaching emotional intelligence courses or encouraging workers to partake in some colouring-in between meetings, and after her own “wake-up call”, prominent businesswoman Arianna Huffington recently stood down as editor-in-chief of The Huffington Post to focus on her global wellness business, Thrive Global.

Studies have attempted to quantify the financial benefits of creating mentally health workplaces, with a 2014 study by PricewaterhouseCoopers finding the positive return on investment of a mentally healthy workplace is 2.3 (or $2.30 per $1 spent). The benefits reportedly come from improved productivity, reduced absenteeism and presenteeism and fewer compensation claims.

“In the past, the focus has been on trying to fix the bottom line,” he told SmartCompany.

“I’m trying to instil a sense of that will happen, but let’s look at the anxiety problems and stress.”

Jozsef has formal qualification in psychotherapy and regularly practiced meditation throughout his decade as a web developer.

He started his wellbeing training practice around three years ago and conducts workshops in a diverse range of organisations, from large corporates like AMP and Commonwealth Bank Australia, to the Australian Defence Force and high schools.

He sees the growing awareness of mindfulness and wellbeing as “definitely” creating more business opportunities for practitioners like himself, but says the growing appreciation of the mental health has a very humane side too.

“Employees and managers are people as well. They have ups and downs and they are bringing those into the workplace,” he says.

“It does have flow on effects in business. If someone is at ease, they experience less stress, they are more productive and they are happy to turn up to work.”

Like Haslam, Josef has a keen appreciation of the effects of stress and anxiety on business owners and leaders.

“If a manager or CEO is aware of the current stress levels in an organisation, they are better able to manage expectations, not just on their employees side but of what they expect from themselves,” he says.

“It’s about realising what is happening but not at a spreadsheet level.”

As for how small business owners and operators can start to make wellbeing a priority in their business, both Haslam and Jozsef say keeping it simple is the key.

“Everyone is talking about it and for some companies, it’s about ticking the box and HR saying ‘we have to have it’,” Haslam says.

But it doesn’t have to be a complicated exercise for a business – or individual – to address.

“It could be going for a big run, a lot of people use that to de-stress,” she says.

“It’s about allocating that time and getting the time in your calendar as you would with any other meeting.”

“[Meditation] doesn’t have to be in a monastery. It’s something you do to calm one’s mind and to be more present.”

If it does not exist, create it. She had an idea and she put it out there to see what it can attract and create.