As a leader, you can’t assume those working for you know what you’re thinking or the direction you want your business to go in. How can you get your business back to its original culture after a lack of clear brand guidelines leads to unwanted change as it grows?

Shoe designer, and Rollie Nation founder Vince Lebon learnt his lesson after relocating to the US and watching from a distance as the popular shoe brand he created started to change. He shares his “course correction”, how it affected his company, and what he did next.

Lebon founded Rollie in Melbourne in 2012 and, like most entrepreneurs, was intimately involved with every aspect of the business and what it stood for. But he didn’t document guidelines for the brand — which he now recognises as his biggest mistake.

This oversight was “amplified” when he moved to the US four years ago to pursue his love of design by immersing himself in the US shoe design scene. The move would go on to inspire Rollie’s entry into the sneaker market in 2020, but it also set the company on a different course to what its founder envisaged.

“So much left with me,” Lebon says. There was no handbook on how the company should operate, from the finer details of the day-to-day operations, to its tone of voice and visual language, and right through to the brand’s values.

This was happening at a time of growth, for both Rollie and Lebon. As much as Lebon’s move to the US was for personal reasons — he won two scholarships to the prestigious Pensole Design Academy, appeared on a reality TV show and worked with Adidas as a Brooklyn Farm designer while he was there — the founder was also focused on launching the Rollie brand in the US.

To an outsider, Rollie appeared to be unlocking serious success. But as Lebon explains, there’s always more to the story. 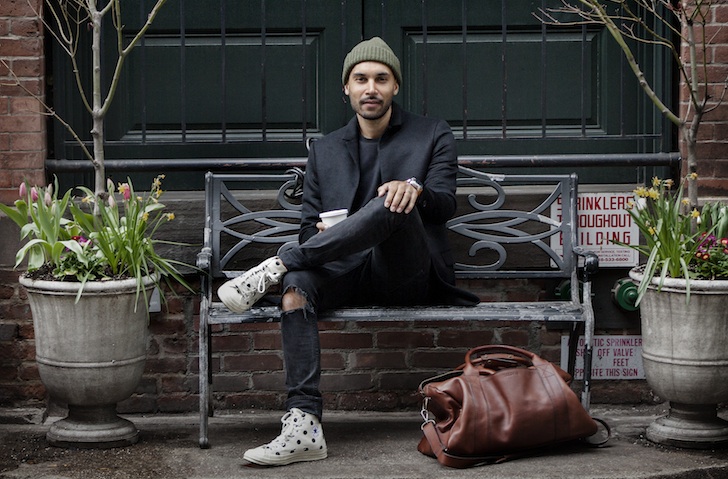 Lebon says the absence of brand guidelines was felt across every aspect of the Rollie brand, but particularly so in the team culture.

While Lebon had hired a general manager to oversee operations while he was in the US, he admits he didn’t provide him with a playbook or set boundaries. The result was a misalignment between the founder and the manager, who Lebon says was simply “doing what he needed to do”.

It set in motion a ripple effect that was exacerbated the more the team grew.

“As you start to scale and hire new people, they hire to their values and what’s important to them. They start to deliver on their vision for the company” Lebon says.

The culture at Rollie had changed and what was a fun environment started to shift, Lebon says. Lebon’s first employee, who had been with the business for six years, also left, which was a “really tough loss”.

While change is inevitable, the loss of the employee brought about a forced change that could have been prevented, Lebon admits.

And changes trickled through to the brand’s public image too. Whereas the brand’s image had once been “quirky, cool and edgy”, suddenly it’s Instagram page became about “rainbows and unicorns”.

“It’s not to say that some of that didn’t connect with people, it’s just that’s not what the brand was founded on and not what it’s meant to be.”

After recognising the business was on a path that didn’t sit right with him, Lebon moved back to Australia and set about getting things back on track.

“It’s funny, in some people’s minds revenue growing means the company’s doing well, but that’s not the single driver for me at all,” he says.

The question for Lebon was around how Rollie can make long-term connections with people. His belief is that by doing that, you will ultimately find a way to make money and be sustainable. “If you’re just focusing on revenue, you will lose your way pretty quickly”.

It was a “hard, long process”, says Lebon, and required bringing everybody on the team on the journey, but the result was a clear picture of exactly what Rollie is — an extension of who Lebon is and his own values.

“A lot of people blame their team [when something goes wrong], where I blame myself, and say that’s something I should have done” says Lebon.

“I look on my side of the fence before blaming other people”.

Startup school: How to secure capital for your tech startup