Poppy King on the fear of failure in Australian business: “They can’t get past it” 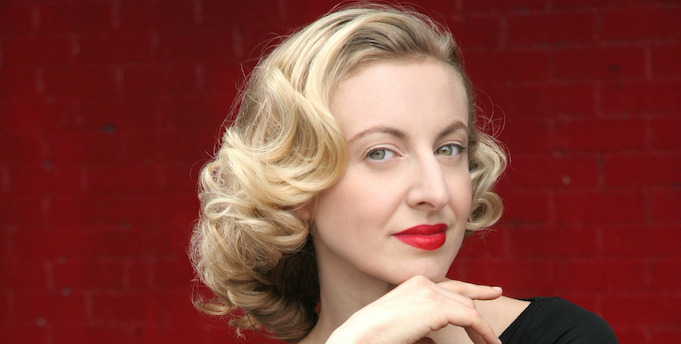 Cosmetics entrepreneur and former teenage business icon Poppy King says the Australian business landscape could learn a thing or two from the rest of the world, saying the harsh treatment she received from the Australian public after the collapse of her Poppy Industries business saw her leave the country altogether.

In an interview with 60 Minutes this week, King says she’s been able to build her second cosmetics business, Lipstick Queen, to prominence in part because of the nurturing business community she found in the US.

Australians are vicious critics of failure

King first came to prominence after launching her first range of lipsticks in the early 1990s at the age of 19. But by 1997, her business Poppy Industries had ran into financial trouble. After injections of capital from private investors, it continued to struggle and ultimately collapsed owing creditors millions of dollars.

The business emerged out of receivership in 1998, after being purchased by a syndicate for $1 million, according to Fairfax, but was ultimately sold to Estee Lauder in 2002, leading King to relocate to the US.

King told 60 Minutes that when the business she founded in the mid 1990s collapsed, she lost a significant amount of capital.

“I lost all the equity in my company … it was worth millions,” she said.

Despite the fact that her company’s failure had come at a deep personal cost, King says the Australian media and public were eager to attack her.

“I’d be walking around and past newspapers saying ‘’Poppy King to go to jail’, [but] I knew that I had never actually knowingly incurred more debt knowing I couldn’t pay it,” she said.

King says throughout those months she had a packet of lemonade icy poles in her freezer, which she would place on her eyes after crying when she got home from the office, so she could go back in the next day without appearing puffy-eyed.

Eventually she threw the ice blocks out, realising that she had to go somewhere she could actually start over instead of persisting in the same environment.

“I’m out, I’d rather go somewhere where I can let go of this,” she said.

Other business cultures give second chances

Australians might have been keen to dismiss King’s achievements, but she says the American business sphere found her backstory interesting, rather than repelling.

After the collapse of Poppy Industries she relocated to New York, where she says chairman of Estee Lauder, Leonard Lauder, identified her as key talent and saw her back story as compelling.

“I was trusted by somebody very important and very powerful,” she told 60 Minutes, explaining one failure wasn’t an automatic red card in the US market.

“Americans have a very casual approach to failure, whereas Australians and other cultures just get really obsessed with failure and they can’t get past it.”

It’s up to you to tell your career story

Will King ever return to Australia? She says she hopes so, but will have to do legwork to introduce herself to the Australian public again.

“I would be really upset if Australia couldn’t move on from it with me… [but] I can’t expect for people to go out of their way and try and fill in the dots,” she said.

King says the fundamentals of her personality haven’t changed, but she is proud of the lessons she has learned from the difficult times and says the story of these is important for growing a business.

“I haven’t changed at all — so sorry, unfortunately, [Australians] are not going to see a different Poppy,” she said.

Understanding your business passion is critical

Lipstick was the product that sent King spiralling into hard times, but this didn’t stop her drive to start another business focused on exactly the same product.

Reflecting on her current business, Lipstick Queen, King says the belief she had in the product is something that never changed.

“When I was going around Myers and David Jones at 16 or 17 and looking for a matte lipstick, or something that would fit my look, I kind of had two choices,” she explained. She could take the products on offer, or build her own.

The brand story on the Lipstick Queen website goes back to these roots, charting King’s passion for cosmetics from an early age.

“I wanted to be allowed to be beautiful in ways that weren’t necessarily about my physicality, but about my spirit,” she told 60 Minutes.

It has nothing to do with the “Fear of Failure”, it’s the fear of prosecution which put off risk takers in Australia. The USA has always promoted the entrepreneurial spirit in Business which is why you have the worlds biggest companies being established there. Over here you employ people and pay them and creditors and try and build a company and if it doesn’t work out the Employees crucify you because their entitlements aren’t met, creditors bankrupt you and you face a lengthy and costly legal fight. Turnbull got in on his innovation bul&^it talk without ever changing the laws to encourage such risk taking. In the USA, behind every major household name company is a failed entrepreneur who was able to keep trying.

The criticism was not because of her failure, but because she sought millions in funds to keep her business afloat and left creditors with millions in bad debt when the company finally went belly up.

She traded well past when she should have and caused a lot of people a lot of financial hardship as a result.

Exactly. She traded while insolvent and the company she said was worth millions was worth nothing if she had paid her bills. And when you add Trescothick into the mix of the debts she ran away from …

I’ve read the responses below and although there might be some truth to the comments therein I do agree with Poppy that there is huge stigma attached to failure in Australia. I don’t know about the US as I have never done business there, but we do like to stomp on people in this country who give it a go and fail and label them with their failure forever.