Revenues up 700%: Meet the businesses benefiting from ABC’s War on Waste and consumers’ appetite for sustainability

Over the course of 2018 businesses locally and abroad have taken some first, definitive steps towards sustainability. Steps that just 10 years prior few would have thought possible for businesses of their size and calibre.

Woolworths and Coles instigated a country-wide ban on single-use plastic bags. McDonalds and Starbucks are ditching plastic straws. Grocery giants Aldi, Sainsbury, and Tesco have banded together to eradicate single-use plastics in their products.

The moves by these businesses are commendable, but they’re unlikely to be a reflection of an internal company desire to bring about positive environmental change. Instead, these widespread and ongoing changes are more likely due to a huge rise in consumers putting their foot down and voting for the planet — usually with their wallets.

A study from Unilever last year of more than 20,000 UK shoppers showed a third are now choosing to buy from brands that are environmentally conscious, while an American Express study of Australian shoppers found 73% were actively seeking out businesses that offered sustainable products or services.

This movement can in part be attributed to increased awareness of the products and packaging that are hurting our environment. Constant media coverage of the debilitating effects of plastic straws on animals, the amount of plastic in our oceans, and the longevity of non-biodegradable products are beginning to turn the tide on consumer perceptions.

One such program putting in work is the ABC’s War on Waste, which aired for the first time last year and immediately got Aussies talking about problems such as non-reusable coffee cups, aided in part by ex-Chaser comedian Craig Reucassel parading Melbourne streets with a megaphone and a tram full to the brim with discarded cups.

War on Waste is back with a highly-anticipated second season this week, armed with a mission to instigate more changes across government and business and get more Aussies thinking sustainably about what they do, and what they buy.

And while SMEs can’t make the same wide-ranging and impactful changes as players such as Coles and Woolies, local small businesses are finding other ways to meet these new consumer demands, and their businesses are flourishing as a result. 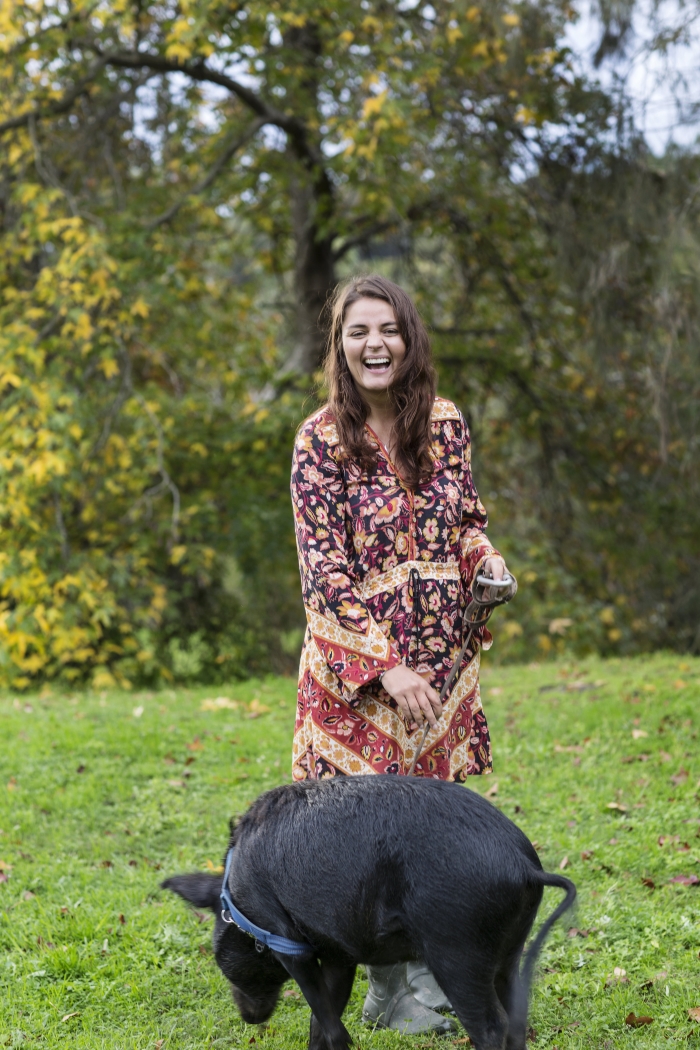 Julie Mathers spent 25 years in the retail industry, working locally and abroad, where she saw first hand the byproduct of non-sustainable practices that have been prevalent for years.

Being passionate about the environment herself, she decided to use her retailing skills for good, and launched online store Flora and Fauna in 2014, initially focusing on the beauty and skincare space but quickly moving into broader sustainable goods, such as toothbrushes, bowls, edible products and more.

“We started with just 30 brands and around 500 products, and with no investment — we were entirely bootstrapped,” says Mathers, who runs the business alongside her husband Tom Abraham.

However, in just the last year alone, Flora and Fauna’s year-on-year revenue has shot up almost 400%, and Mathers tells SmartCompany she’s fully expecting for the online store to have increased by a similar amount by the end of the current financial year.

“It’s gotten to the point where we developed a separate brand called Green and Kind, which wholesales things like steel straws and bamboo toothbrushes.”

It’s a similar story for local Melbourne company memobottle, which raised more than $250,000 on Kickstarter in 2015 for its flat, handbag and backpack-friendly water bottles. The company was founded on the principles of convenience and sustainability, with the founders hoping to reduce the number of non-reusable plastic bottles Australians consume.

“In the past 3 years, memobottle’s revenue has increased by over 700% and continues to grow as we reach new markets and launch new products. Globally, we now sell to over 70 countries and are stocked in over 2,000 stores,” co-founder Jonathan Byrt tells SmartCompany.

“We are seeing promising positive trends that are moving people away from single-use plastics, and towards more reusable alternatives. As a society, we are becoming more aware of our environmental impact due to documentaries, social media and mainstream media.”

“It’s on peoples radar now, and we can’t see it going away anytime soon.”

Read more: Why this small business owner has seen a 260% increase in sales thanks to the plastic bag ban

Aussies not all “vegan and greeny” just yet

It’s clear that Australian customers are attracted to the idea of sustainable products, but according to Mathers, it doesn’t mean they’re all heading down the “vegan and greeny” route. Instead, she believes it’s a case of shoppers wanting to make more incremental sustainable choices.

“We’re helping people make a few changes in their lives to become more sustainable. The sort of people who take their own shopping bag, or refuse a plastic straw,” she says.

“The other day we introduced a new reusable coffee tray on our site, and so many people commented on the post saying they had to get this for their office. It’s about making small changes.”

In the case of memobottle, Byrt and his co-founder Jesse Leeworthy are hopeful the new season of War on Waste will lead to a surge in the use of reusable bottles, but they don’t think the effect will be quite the same as it was on reusable coffee cups.

The founders say while War on Waste last year caused a massive spike in the desire for reusable coffee cups, Australians need a bit of a “push” to make the switch when it comes to water.

“Memobottle’s main aim is to move people away from single-use products through the provision of convenient and reusable environmentally friendly alternatives,” Byrt says.

“For the most part, Australians are fairly aware of the environmental impact of single-use plastic bottles, but many need a push and a more convenient alternative to make the switch.”

As for the future of sustainable products, Mathers says those who claim we eventually won’t use straws at all are looking at the world through rose-coloured glasses, as the products will still be essential for some people with disabilities and in the aged care sector.

But when it comes to a general increase in sustainability, she believes businesses must take the initiative, as consumers will start to hold businesses to account otherwise.

“Businesses have the responsibility to make a change, as businesses will get there before the government does,” she says.

“I hope the changes aren’t just surface level though, and businesses should be looking at changing things at their core, improving the processes customers don’t see.”