Be Fit Food appeared on Shark Tank in August 2017.

Be Fit Food founders Kate Save and Geoff Draper entered the tank seeking $300,000 from one of the hungry sharks in return for 20% of their business, valuing Be Fit Food at $1.5 million.

Save and Draper have both worked for over a decade in the health industry — Save as a clinical dietician and Draper as a bariatric surgeon. The two came up with Be Fit Food as a way to get people who are focused on losing weight to “real food”, instead of supplements or shakes.

“We looked around for companies doing weight loss focused food with with real nutritional content we needed, and we couldn’t find the product,” Save told SmartCompany.

“So Geoff and I decided to develop the recipes ourselves and test them out, and we got to the stage where we had to get our own kitchen and a team of chefs.”

The two started the company in November 2015, but didn’t start selling food until early 2016, and only opened their first store in May 2016. A few months later, the two founders were staring down the sharks on-set.

“We spent a lot of time preparing the pitch this way. We wanted to present the nuts and bolts of Be Fit Food and tell the story really clearly.”

But come the day, the two said the pitching experience on-set was “nerve wracking”, and while they had experience pitching the food plans to groups such as rugby teams or hospitals, the two said it was a completely different experience spruiking ideas to “five business brains”.

“We know our business inside out so that wasn’t a worry for us, and we know that no other companies are providing scientifically formulated food options like we do,” Save says.

“We were just trying to really let them know we’re not just another business.”

“Uncompromising” science backing is a key part of Be Fit Food, says Draper, who says “if it’s not scientifically validated we won’t use it”.

“We also consider the cost too, because if something’s scientifically fabulous and flavourful, but terrible cost-wise, it won’t launch,” he says. 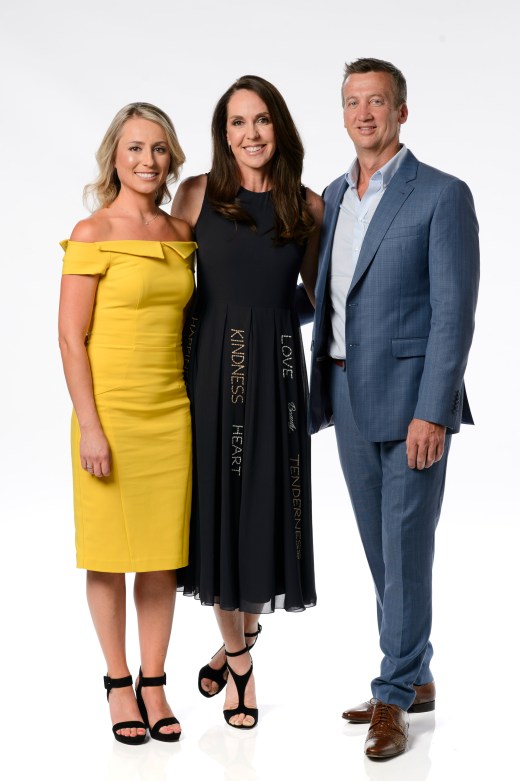 After some grilling from the sharks and some opportunistic snacking from angel investor Steve Baxter, sharks Naomi Simson, Andrew Banks, and Glen Richards all dropped out, citing their own lack of experience in the food sector as the issue.

Presented with the choice between Baxter and Allis, the founders say they we pleased to have the option of the two sharks they were hoping for and said the decision wasn’t clear cut, despite Allis running multiple successful food businesses.

“Steve would have had an understanding about food and a major thing we’re looking to do moving forward is maximise our IP, and he would have been very capable in that sense,” Save says.

“Also, he’s from Brisbane, and the next step for Be Fit Food is to move to another location.”

However, with Allis being the “obvious choice” in the end, the founders agreed to her deal. While the details are still passing through due diligence, the founders say Allis’ mentorship has been invaluable.

“Janine has been absolutely brilliant. She’s provided us with so many resources and so much time and timely advice,” Draper says.

“We can send her an email and get a response within a minute.”

The focus for the healthy duo is now on expanding the business further, having upped the amount of staff working for the business from 6 to 23 since opening. While Be Fit Food is still only available in Victoria, the founders are hoping the Shark Tank exposure will help them decide the next state to take the business

“We are in the seeking and deliberation mode for national expansion, so in response to Shark Tank we will review our plans,” Draper says.

“We have logistics and a warehouse sorted if we needed, but ultimately if we don’t get a critical number to go interstate, we won’t do it.”

I love ‘Sharktank’ – i think we need more projects like this in Australia-how about an online weekly show on YouTube, get with the program!
webweb.io the digital space revealed