Shark Tank recap: “Tinder for Tennis” app nets deal with Glen Richards but it wasn’t meant to be 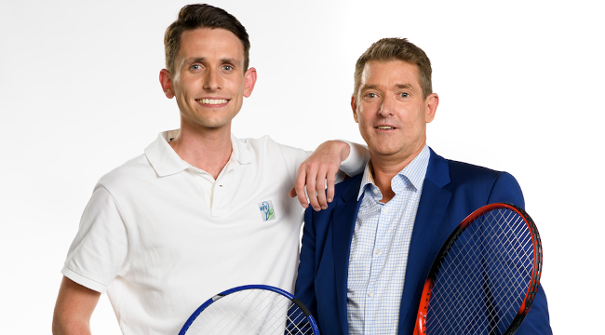 Coming face to face with the sharks on last night’s episode of Channel Ten’s Shark Tank were the creators of a hassle-free weed killing device, a ten-way necklace, and a rub-on hair thickening product.

The first two businesses walked out of the tank with a deal in hand, as did ‘Smiley’ Sam Begg and his social tennis app Hit With Me, which shark Naomi Simson labelled “Tinder for tennis”.

The premise is very similar to the popular dating app: users can match with fellow tennis enthusiasts in the area and organise casual games or even tournaments.

Begg is the founder of the company, and entered the tank, he sought a $50,000 investment for 20% of his business.

“I think the whole experience was fantastic, the sharks are like a sounding board for ideas,” Begg told SmartCompany.

After four of the sharks dropped out, concerned about the app’s potential to generate revenue, pet care visionary Glen Richards chimed in with an offer of $50,000 for 50% of the business.

Begg negotiated Richards down an entire percent, settling on 49% equity in return for his investment.

But months after the pitch was filmed, Begg told SmartCompany that after speaking with his advisors, he chose not to go ahead with the deal with Richards.

“Glen’s offer was a vote of confidence for my business which was great, but in the end I wasn’t comfortable with the equity structure,” Begg says.

“I’ve had a number of meetings with Glen though, he offers great mentoring and we have a great relationship.”

Begg is currently chasing clients for Hit With Me in the US, where he says there has been “significant interest”.

“I’ve met with a lot of tennis clubs, and I’m currently in talks with some country clubs in Nashville,” Begg says.

Hit With Me was also displayed at a recent tennis coach conference, where Begg says he got some great ideas on how to approach the North American market.

Hit With Me has grown to 3000 monthly users, half of which Begg says are based in the US.

“The app has experienced month-on-month organic growth,” he says.

“I’ve found that a lot of people have discovered it through our social media presence, like on our Instagram.”

Begg is hoping that the app will gain popularity in Australia, saying it received a surge of downloads even after the trailer for his episode of Shark Tank was broadcast.

However, Beggs says Australia is not directly in his sights for the coming months, when he will be heading to the unlikely countries of Russia and the Czech Republic to advertise Hit With Me.

“I want to be very mobile, and build the app everywhere at once,” Begg says.

“I’m looking at expansion in Russia, and I’m really focussed on expanding the European market.”

In her post-tank blog, shark Janine Allis praised Begg, saying he “had great energy and was very very smiley”.

“For the corporate traveller who often travels on their own and struggles to keep up their fitness, this is a great concept for them,” Allis said.

Begg says Steve’s criticism was helpful, and he has since focused on getting in-house tech for his company.

For other entrepreneurs, Begg says it can be a long journey going at it by yourself, but it’s best to just stick with it.

“If you have a great idea, do your best and stick with it,” he says.

The other businesses that made it through the jaws of the sharks was modular jewellery company 10 Way Necklace, which secured a $75,000 investment from Naomi Simson for 40% equity.

Intelliweed weed removal also scored, with a deal done with Glen Richards for $175,000 in exchange for 15% equity.