In a classic example of scandal breeding new opportunity, accusations that Australia’s largest honey manufacturer Capilano may have unknowingly sold “fake” honey have emboldened smaller producers across the country.

As reports spread on Monday that Capilano Limited may have sold products mixed with something other than pure honey, boutique apiarists and organic producers are reporting experiencing an uplift in online sales.

Victorian Ben Moore, owner of Ben’s Bees, told SmartCompany in the hours after the joint Fairfax and ABC investigation was published, online sales for his raw honey (product that hasn’t been pasteurised) shot up by more than 50%.

“People are becoming aware,” he says. “I’ve had a string of phone calls and there’s been a boom in my sales.”

Moore expects the revelations to drive a new wave of consumer awareness about the difference between Australian and imported honey, which he believes will benefit producers selling through alternative channels.

The ABC reported on Monday that some samples from Capilano’s Allowrie-branded Mixed Blossom Honey, as well as other brands stocked in Australia’s big supermarkets, were found to be mixed with non-honey product when lab tested.

Capilano has denied that any of its products were not pure honey and criticised the type of test used by the lab that was sent the samples, called Nuclear Magnetic Resolution (NMR).

Denise Lang, owner of Queensland-based Pure n Natural Honey, told SmartCompany she was not surprised by the reports.

“It’s been an open secret for some time in the industry,” Lang said.

“I call it honey cordial if people tell me they buy it from the supermarket.”

Lang sells her hive-to-jar honey products in markets and independent retail stores in Queensland and expects the reports will be good for business.

“People will be trying to source honey from local beekeepers instead of going to a supermarket where they don’t know what they are getting,” she says.

“There will be a few days of turmoil, but then I think it will be about trying to get our branding right,” she told SmartCompany.

“We need to make sure that we are standing by our brand and our name — we can be trusted.”

Ambrosia’s raw honey is stocked in a variety of health food stores on Australia’s eastern seaboard and stands to benefit from consumers questioning what they’re eating.

“Consumers are more aware these days of what they put into their bodies,” Celona says.

In north east Victoria, family owned Beechworth Honey, which produces 100% pure Australian honey, says it has been long been working to inform and educate people about “high risk imported honey”. Co-owner Jodie Goldsworthy said in a statement Australian consumers “can feel safe in their purchase if they look out for local producers and family owned companies in Australian supermarkets”.

“For years, my husband Steven and I have lived with the existence of inferior products that were referred to as honey in the world market that we strong suspected were most likely not,” said Goldsworthy.

“As a fourth-generation beekeeper, I have watched the Australian market fill with honey from countries where the dramatic increase in their production simply did not tally with the growth in the number of beehives — the numbers simply didn’t add up.” 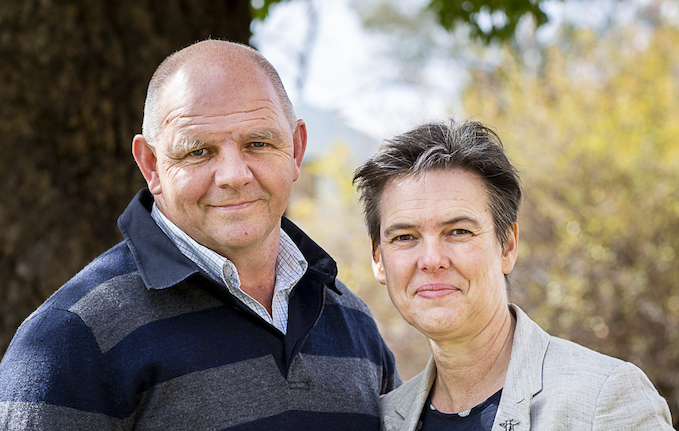 While the reports focus on imported honey, Australian Honey Bee Industry Council’s executive director Trevor Weatherhead said there is a broader local discussion emerging within the industry about the reliability of NMR testing.

“This will have ramifications for the whole industry — people will associate honey and not distinguish between what’s imported and what’s Australian,” he told SmartCompany.

In its rejection of the NMR testing method used as the basis for Monday’s media reports, Capilano Honey Limited managing director Ben McKee said he is confident all the company’s Allowrie products only contained pure honey.

“There is no consensus view from across the industry about the reliability of the NMR test,” McKee said in a statement.

Capilano said it had found NMR results to be inconsistent between batches and different laboratories assessing the same sample.

But NMR testing has gained traction globally in recent years, with pressure building on local regulators to ditch its current C4 testing and adopt NMR.

Weatherhead says he has written to the government about the use of NMR testing, and implored members of the public to look at country of origin labelling.

Beechworth Honey’s Jodie Goldsworthy believes the Australian government needs to introduce modern testing methods for the sector and imports from high risk countries should be temporarily banned “until a robust testing regime is in place”.

“Bees pollinate two thirds of Australia’s fresh produce. The fact is that the importation of fake honey has contributed to hive and beekeeping numbers falling by 25 percent in the last decade,” she said.

“We need Australians to spread the word and help on our quest to protect the good reputation of genuine Australian honey and in doing so, help our country’s bees and long-term food security!”

“This will really create awareness among general consumers to become more mindful.”

READ MORE: Aussie supplier stung with $30,000 fine for honey not made from bees

I can’t believe they didn’t know about it. It’s not as if the warnings were not out there.