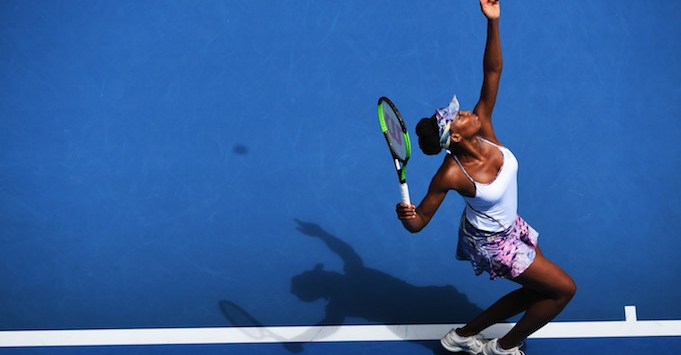 Venus Williams and her sister Serena aren't competing this year for the first time since 1997, but they've been busy with other ventures.

“People say there isn’t a limit but in our head we always think in limits—be limitless and take that limit off of yourself and realise that you can do anything,” says international tennis star and entrepreneur Venus Williams.

It’s a lesson that was reinforced every time the Australian Open finalist walked away as the victor of a difficult match wondering how she won it. And the lesson has been a significant one for Williams in pursuing her “lifelong goal”.

“I always dreamed of being an entrepreneur,” Williams tells Inc.

Despite being a world-renowned athlete, Williams says launching and building a company has not been easy; there’s no immunity from “rookie mistakes” and “soured” relationships with partners and retailers.

And as Williams works on taking her fashion brand global, finding buyers is also a challenge.

“They know your name, and they respect what you’ve done in athletics,” she says.

“But they don’t automatically think you can transfer that focus to a business.”

Williams, who has a degree in business administration and is currently completing a master’s in interior architecture, says she was exposed to entrepreneurship from an early age—along with her sister and fellow tennis champion Serena Williams.

“In our home, we weren’t allowed to be just athletes. We had to be students,” Williams says.

“Our dad taught us to be entrepreneurs. We would drive to a tournament somewhere, and he would put in a cassette about buying foreclosure properties.

“Serena was eight and I was nine years old, and we had to listen to how to make money on foreclosures. Obviously, we didn’t understand much of it.

“That didn’t really matter, because our dad was trying to establish that mindset of multitasking, of being an entrepreneur, of charting your own path.”

Splitting her time between tennis and entrepreneurship gives Williams solace because she’s able to spend part of her time building something special with a team.

“I’m very hard on myself, because I have to get the whole job done … That’s the great thing about business. There isn’t just one winner.

“There’s room for everyone to win. I love that.”