A “hidden topic”: Why cosmetics company The Daily wants to start a conversation about male skincare routines 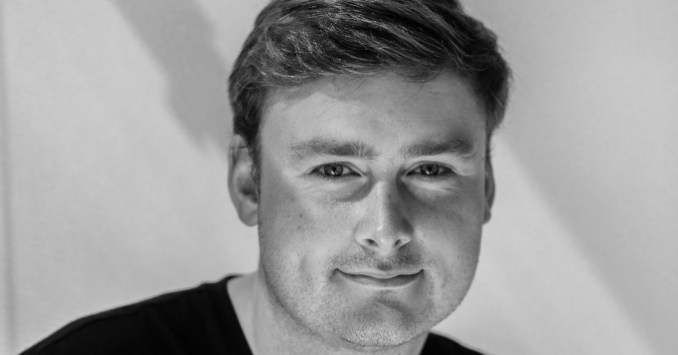 In the emerging world of male skincare products, there’s a fine line between getting it right, and getting it “really wrong”.

With the recent launch of his new skincare brand The Daily, Henry Weaver has tried his best to get it right. This means no unnatural products, no cruelty, and — most importantly — no overly masculine branding.

That’s due to there being an inherent aversion among most men to discuss their skincare routines, or even consider a routine in the first place, says Weaver.

It’s also due to many male skincare brands attempting to overcome that aversion through hyper-masculine, male-specific branding, trying (perhaps too) hard to convince men what they’re putting on their face is different to what their partners or mothers are using.

This approach by UK skincare brand War Paint saw it receive huge backlash earlier this month, as many questioned why the brand needed the tagline ‘makeup for men’, and accused the brand of perpetuating unnecessary gender stereotypes.

It's not water, it's LIQUID DEATH
It's not makeup, it's WAR PAINT
It's not an earplug, it's a SKULL SCREW
It's not a donut, it's a BRONUT

but it's definitely fragile masculinity https://t.co/MQfw2cSEOi

Weaver thinks things like makeup and skincare don’t need to be gendered, and says with The Daily he’s tried to keep things as gender-neutral as possible, while still being a product targeted at the modern man.

“We tried to avoid masculine branding, and while a company like War Paint is doing amazing things, they do have overly masculine branding. We wanted something gender-neutral, nothing specific, just talking about your daily routine,” he says.

“We wanted nothing to do with ‘bros’, just straight-up no-bullshit skincare for men.”

The founder is a British migrant who came to Australia six years ago and found work at an agency which helped early-stage companies build their tech platforms. After that foray into the world of startups, a connection to former Fishburners chief executive Murray Hurps saw him land a job at the startup incubator, where he currently works as the head of community. Weaver had wanted to start a new company but said he’d been “hamstrung” by the 457 visa he was on until he gained permanent residency in December last year. He came up with the concept for The Daily after realising skincare routines were a bit of a “hidden topic” among men.

“It’s a bit of a hidden topic for males, everyone’s got a skincare routine but no one’s talking about it. I wanted to get men discussing ‘what’s your daily’, and that kind of stuck,” he says.

“The idea is that it’s something for the everyday guy.”

“We called it ‘Like-Minded Dudes With No Ego Drinking Beer’, and we set up a Facebook group with about 800 people in it,” he says.

“And not one person commented or said a thing.”

Side businesses easier than you think

The Daily has three products so far and has only been live for the past month. However, Weaver says he’s already seeing some early traction and runs the company as a side business alongside his main work with Fishburners.

Right now the company isn’t seeking funding, with Weaver believing funding for companies as early-stage as his is a “distraction”.

“Don’t use someone else’s money to find out if your idea works. Find out who your consumer is, find out how to get them, and then think about funding it,” he says.

The Daily took just a few months to set up and launch, with Weaver using Shopify for the platform and then his own networks to gain traction. Though the business is still in “test phase”, he says it’s a testament to how easy it can be to start your own side company.

NOW READ: From kitchen bench to global events: Aussie natural skincare brand ONNE lands investment to expand in the US

NOW READ: Building a business with her mum was a no-brainer for skincare entrepreneur Yong-Li Zhou