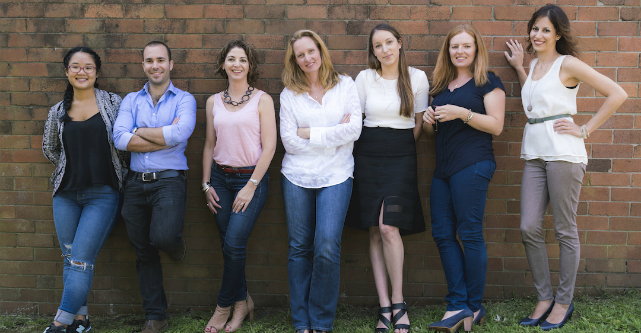 On-demand cleaning and gardening marketplace UrbanYou is celebrating its first $1 million in sales following the launch of its revamped website and impressive quarterly growth.

Launched by two former Yahoo executives in 2014, Sydney-based UrbanYou is an on-demand marketplace that allows users to book and pay for cleaning and gardening services online.

After scoring $500,000 in investment capital last year, UrbanYou founders Noga Edelstein and Elke Keeley led the business through a rigorous rebrand – even changing its name from UrbanOutsource.

“It has just really taken off,” Edelstein tells SmartCompany.

Here are three key things the former Yahoo executives have done to set their business up for success.

With their new capital raised in 2015, Edelstein says UrbanYou invested heavily in bringing all its tech development in-house.

This helped the business re-launch its platform with a same-day delivery offer, a more seamless user experience and a highly personalised service.

“[It’s] so we can really tailor that premium experience,” she says.

But when Edelstein and Keeley started out, they kept it simple.

“Both of us being non-tech in a way was a bit of an advantage,” Edelstein says.

“We built something that would work and enable us to test and tweak the proposition.”

Edelstein says quality assurance has been integral to UrbanYou’s growth to date. This has involved such a strict screening process that only about 10% of service providers who apply to the platform get through.

This is because repeats and referrals is the business’s bloodline, Edelstein says.

“More than 50% of our customers come through word-of-mouth,” says Edelstein.

“If customer are not happy with anything, we’ll fix it with no charge,” she says.

In addition to conducting basic screening like police checks and insurance, Edelstein says UrbanYou also has a robust feedback system where customers let UrbanYou know how the service was.

In cases where the provider isn’t delivering on good quality, they are bumped off UrbanYou to maintain its pristine service offer.

“We’re ruthless about who remains on the network,” she says.

Another major part of UrbanYou’s growth has come from the rise of workers opting for flexible lifestyles as more and more people shift from the standard nine-to-five working day.

Showing potential service providers the benefits of flexible working through “sharing economy” opportunities has given rise to the quality and quantity of traditional services such as cleaning, says Edelstein.

When UrbanYou first hit the market, traction was slow because on-demand services were still largely untested in Australia.

By understanding the market and emerging trends, Edelstein found there was real value in this space and believed it would pick up with enough education for service providers and consumers.

With the explosion of other “sharing economy” businesses such as Uber and Airbnb, Edelstein says the consumer market in many ways now expects to have access to online platforms that they can tap into for instant service.

Seizing the expanding opportunities in this space, Edelstein and her team are now working on a plan to establish UrbanYou in metro capital cities across the country.

Edelstein is also in talks to form some “interesting partnerships” as UrbanYou looks to work more with other businesses.

“We think there’s a lot of opportunity in Australia and UrbanYou is well placed to be the leading provider of on-demand household services,” she says.