Three65 Underwear founder Will Strange tells: Why I didn’t go through with my Shark Tank deal and ended up selling my business 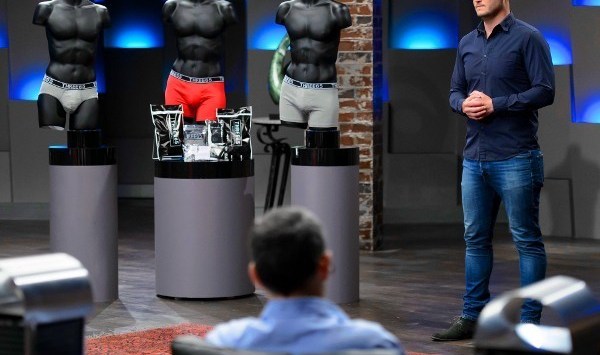 Back in 2013 I decided to start a business selling underwear to Australian males via a subscription service. Subscription was a business model that I really liked, with the ability to acquire a customer and keep them as a customer.

The business was a very simple one and I knew I was not the first to invent the wheel, but it had a twist.

Almost two years into running Three65, I was invited to pitch on Channel 10’s Shark Tank. This was an opportunity to expose my business to over 700,000 people at the one time. Wow, what an opportunity for free marketing. In November of 2014, I walked away from the set of Shark Tank with both Janine Allis (Boost Juice) and Naomi Simson (RedBalloon) as new investors in Three65.

What most people don’t know about is the due diligence period that comes after the show. A plethora of information shared around and generally information that allows both parties to ‘slightly’ renegotiate the pre-agreed deal. A lot of ‘on set successful’ deals fall over at this stage

Come February 2015, Three65 had passed all due diligence and all parties met up to talk next steps. I remember having Steve Baxter tell me “you can’t run both start-ups’ at once”. Being an entrepreneur, I was stubborn and backed myself enough to disagree. But when it came time to take the deal with Janine and Naomi, I realised what he meant. Whilst I still believe I could have run both business at the same time, having investors brings another added dimension.

At the same time as this was happening, I was closing a capital round much closer to the seven figure mark with Sports Performance Tracking, the other business I started up a year earlier.

I then realised that whilst my businesses were both running well at the time, this wasn’t always going to be the case and they would both require equal attention.

My time now started to sway towards a business that had much larger revenue and had attracted investment of more than 15 times that of Three65. I realised I couldn’t take Janine and Naomi’s investment and be true to them as a founder of the business. It was a hard call telling them I couldn’t go through with the deal. They were fantastic about it and appreciated the honesty in the end.

Over the coming year, the initial investors (Cyril Rioli, Edward Vine and James Ding) started to help me look for candidates that could manage the business part time as I needed to put more of my time into SPT. This became a bit of a nightmare in itself.
Be it applicants that didn’t follow through with what they said, or changing their minds constantly, I decided that I had to see an exit personally.

It was early March that I approached a business broker that my accountant had said good words about, and within a matter of days we were discussing the terms of sale.

A lot of people talk about exiting your first business and talk about the emotions behind it. For me this was only part of the case. With emotions as a founder divested from Three65, even though there is still a lot of love for the business model and the product, it made things easier. Yes, it was the first time I could sit back and reflect on the mistakes, successes, ups and downs, but I didn’t want to do this for too long. I still had a goal and Three65 was now out of my mind and out of my path to achieving my goals.

During my three years, Three65 took me from my family garage to Sydney’s Channel 10 studios. It got me in front of the sharks, founders and CEOs of startups and big business in Australia, discussing global partnership deals that inevitably fell over. It allowed me to open the door to the startup world and gave me valuable insights and experience in business and how successful people deal with standard startup sh#t.

So after my three years, I can now sit back and say “See ya later Three65!”

William Strange is the founder of Three65 Underwear and Sports Performance Tracking. This article was first published on LinkedIn.