An ex-rugby player turned ice-cream entrepreneur has walked out of last night’s episode of Shark Tank with a quarter of a million bucks in investment — but he says he’d prefer to be “thrashed by 130-kilogram blokes” than pitch before the sharks again.

Ed O’Donoghue is the founder of FroPro, a 96% sugar-free high-protein ice cream brand that is one of the first in Australia to obtain and display a five-star health rating. He entered the tank seeking a $250,000 investment for 10% of his business, valuing it at $2.5 million.

The five sharks didn’t hesitate to dig into some of O’Donoghue’s product and his business history, with shark Andrew Banks asking how the founder went from playing 13 years of professional rugby to starting an ice-cream company, given that rugby teams “don’t necessarily teach you how to run a business”.

“I love ice-cream, and I knew I couldn’t keep knocking back a couple of scoops every night. So I bought the Rolls-Royce of ice-cream makers and just got going,” O’Donoghue told the sharks.

The business’ prominence and numbers impressed the sharks, with FroPro stocked in nearly 1,000 stores across the country through a partnership with Woolworths. Sales for the next financial year are forecast to be $2.1 million, with net income increasing to 16%.

Speaking to SmartCompany, O’Donoghue said at the time of filming the episode in March this year, FroPro was on the cusp of a complete business revamp, and has since upscaled his manufacturer to be “world class” without any capacity issues.

“We used to be only just keeping up with demand, and there were times we really had to spread stock just to make it all work,” he says.

“It’s been a massive six months for us, we had a lot of stuff coming through, including some marketing plans, and it’s all really coming to fruition now.”

FroPro is also going through a packaging revamp and “slight rejig” of the recipe, changing from a plastic tub to a cardboard one with the hopes of attracting more everyday customers at the supermarket.

But back in the tank, O’Donoghue’s first few investors were slipping away from him, with Banks, Janine Allis and Naomi Simson all pulling out of the deal, with the first two citing an overcrowded market as their reasons.

But Queenslanders Glen Richards and Steve Baxter were both on board, each offering a $250,000 investment for an increased 20% stake in FroPro, and Baxter including a clause that would let O’Donoghue buy back 10% equity in the business for around $300,000.

After some back and forth between the two sharks, and some injections from Banks, O’Donoghue took some time to think about the deal, before coming back and agreeing to go with Richards. 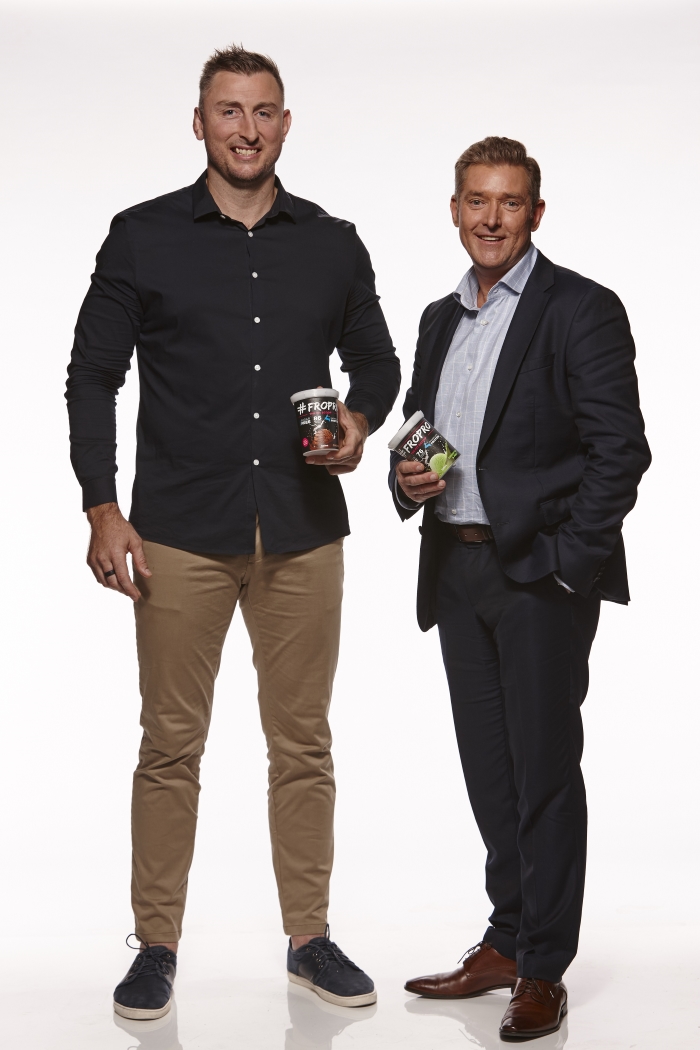 The deal is still in due diligence, but O’Donoghue says he believes the process is going ahead of schedule and hopes to have it finalised soon.

But reflecting on the pitch, the ex-Queensland Reds rugby champ says he’d prefer to not go through it again.

“I used to play rugby professionally, and I’d rather get thrashed by 130-kilogram blokes than do that ever again,” he laughs.

“I never used to get nervous before games, but the tank was eerily quiet inside and really daunting. I definitely got lost a few times.”

O’Donoghue says he’s thrilled to have Richards on board, saying he was the shark he wanted most to help out with the business and that it wasn’t just “the Queensland thing”.

“He’s a self-made man that’s been able to see huge gaps in the market and fill them with extraordinary businesses. I couldn’t learn from anyone better; he’s one of Australia’s best entrepreneurs,” he says.

Moving forward, FroPro is aiming to be much more widely available across Australia says the founder, wanting to double supermarket numbers in the next few months.