Why Melbourne startup Parkhound said no to a $400,000 deal on Shark Tank 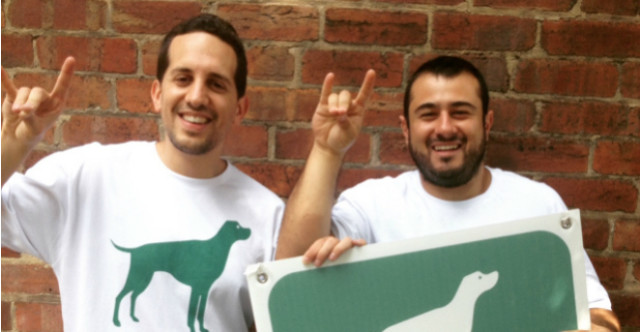 The founder of a Melbourne startup that turned down a $400,000 deal from some of Australia’s highest profile investors says he doesn’t regret the decision for a second.

“We don’t regret it at all,” Crocitti tells StartupSmart.

The offer was in exchange for at least 30% equity in the startup, a stake too high for Crocitti.

Not wanting to budge on the initial 10% equity offer, the founder opted to leave empty handed, much to the sharks’ surprise.

Before the decision, shark Steve Baxter turned on the heat, calling Parkhound an “instant fail” for not having a tech savvy developer in the core team or a founder with equity.

Baxter advised the founders to accept one of the sharks’ offers.

The episode was recorded eight months ago and Crocitti is adamant they made the right choice.

“I don’t think we were arrogant,” he says.

“We had a simple price that we had set [and] we had to be fair to the other people we were talking to at the same time.

“We just stuck to our price and I would suggest other startups do the same.”

After the episode, Simson questioned if the startup was disruptive enough.

“The founders Robert and Michael have global aspirations – and have already got great traction – but I’m not sure that it is worth the 40 times earnings valuation,” she said on her blog.

Despite this, Crocitti says the startup is well on track to hitting $4 million with over 6000 Parkhound members signed up and earning more than $3.7 million through the platform.

And they’ll soon be announcing some exciting commercial partnerships, he adds.

Crocitti has had mixed reviews from people who watched the show on whether they should’ve accepted the deal or did the right thing but he says one thing is certain – his advisory board at Melbourne Accelerator Program is supportive of their decision.

“There’s a lot more of the chat that got edited out.”

Having expanded their team and refocused efforts on marketing, Crocitti says Parkhound is on track to go global, starting with Asia.

“We’re really excited about the new members and new parking spaces that we’ve got over the last couple of days,” he says.

“It’s been really pleasing to see thousands of people engage with the brand and sign up.”