Lured by driverless cars, Uber and Airbnb, Baby Boomers and Gen Ys are leaving behind the stresses of corporate life to find fulfilment within the startup community. According to a recent report released by KPMG demographer Bernard Salt, its not just the younger generations making the move, digitally disruptive technologies have prompted even the most conservative of Baby Boomers to shift away from big corporations.

Running co-working spaces for entrepreneurs – I’ve seen it all. The chief executive who is burnt out, with poor health and sees little of his family and friends. The mum who feels torn between caring for her children and career progression. The year 12 graduate, forced to study accounting or law but whose passion lies with technology and innovation. The masses of people moving into co-working spaces are often doing so not because they have to, but because they feel let down by a system that continues to promote the 9-to-5 working day. Young and old are now flying the entrepreneurial flag and here’s why.

Providing people with flexibility is the key to encouraging greater productivity. You don’t need to be a psychologist to work out that if a person feels supported and valued, they’re much more likely to perform than if they feel controlled and micromanaged. In limiting your work-place to 9-to-5, you’re cutting yourself off from ultra-talented candidates, like mothers, who have commitments within these hours.

Meet Summer Daniels. Summer is what Salt refers to as a “lifestylepreneur” and is one of the new tribes identified as joining the startup community. Often found dwelling in tranquil destinations such as Byron Bay, Gold Coast and Sunshine Coast Hinterland – this breed of entrepreneur is made up of artists, masseuses and pilates instructors. 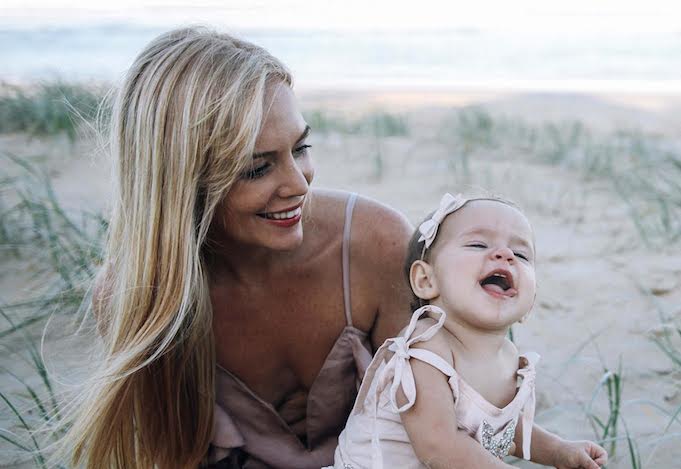 After the birth of her daughter, Summer decided she wanted to return to work but was cautious of doing something that conflicted with her new role as a mother. Understanding the inflexible work schedules, poor quality part-time jobs and discriminatory attitudes often felt by part-time and flexible workers, Summer decided to design, create and sell her artwork through her own business, Little Rae Prints. A co-working space provided her with the social aspect of going to work but with the flexibility of working from home.

As the sons and daughters of affluent Baby Boomers, Gen Ys are often highly-educated, entrepreneurial and global in their thinking. While these characteristics would appear to be attractive to employers, the introduction of digital technologies have conditioned Gen Ys to be mobile and autonomous and, therefore in some cases, harder to manage and engage. In this modern workplace, it would seem organisations need to be more creative in their thinking to make themselves relevant to this generation.

Autonomy is particularly important to Gen Ys, who Salt identified as being part of another new tribe of entrepreneurs, “Corporatepreneurs”. You will spot these entrepreneurs in capital cities, operating large-scale small business enterprises.

Enter, Taj Pabari. Taj is a resident at Little Tokyo Two and started his entrepreneurial venture at the youthful age of 14. Now, at 16, Taj is a successful businessman with his own tech company and international team. Taj is just one of many entrepreneurs doing what world economists say everyone should be doing – becoming active consumers of technology and, subsequently, creating their own futures. Taj champions change and his tool of choice is digital.

The rise of the social entrepreneur indicates a shift away from big corporations driven by vested interests. People are now joining co-working spaces because they want to be part of something bigger than themselves.

It’s not just the young and idealistic taking the plunge; Salt says Baby Boomers also “are reimagining how life is lived in your 60s”. For Baby Boomers, co-working spaces that prioritise innovation are invaluable for those who require accelerated learning in order to become relevant to the modern workplace again.

People are now realising the hierarchical corporate structure is unsustainable for them. With 1.2 million people now acting as sole traders, it would seem being your own boss is fast becoming the Australian dream.

People want to be flexible and work around their life…9-5 doesn’t work anymore, if anything it’s a turn off to most people. You feel like a caged animal having to justify why you need to leave early, why you need to come in later, why you need to take the day or half a day off etc. People can choose their own hours as it suits from day to day or week to week, this in return creates creativity, less SICK days off more productivity and less corporate politics and stress. 9-5 will suit certain individuals who like a system in place for them and being controlled and micromanaged… No Thanks!!

As a sole CA and Business Advisor for some years and as a Business Broker in a former life, I can say that there are some people who should not be in their own business. However, many people find the flexibility of being in business for themselves a very uplifting, motivating and stress lowering experience. Further, many earn at least as much as they did in a stressful corporate environment and some are outstandingly successful. One of the markers of the “super successful” seems to be a knowledge of their personal strengths and weaknesses and an ability and willingness to cover off their weaknesses by identifying and using the right people to help them.