A MasterCard or a Masters card: Trademark battle over credit cards 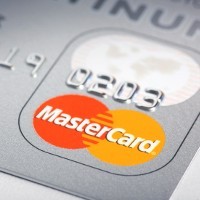 Credit card provider MasterCard has opposed a trademark application by hardware store Masters Home Improvement, after the Woolworths-owned company applied to use the name Masters on credit cards and store cards.

The move by Masters into the financial space follows recent revelations the hardware business has been operating at a loss.

The Australian reports the credit card giant has opposed the trademark application of Masters as it relates to two classes of goods and services covering a broad range of financial services products, including management of discount programs and customer accounts such as trade accounts, credit and charge card services and issuing prepaid and stored value cards.

Finlaysons intellectual property, media and technology partner John MacPhail told SmartCompany it is likely MasterCard will be able show there is an overlap in the way such a card might be used.

“The staff will say, ‘have you got a Masters card?’ Well that is clearly pretty close to MasterCard,” says MacPhail.

He says MasterCard has generally been very assiduous with its trademarking, as it is a one product company. He says it currently has 178 various registered trademarks, many of which relate to the word Masters.

“MasterCard would have no problem with Masters the hardware store, but when they start to go into the financial services area, there are more problems,” says MacPhail.

K&L Gates partner Jane Owen told SmartCompany there is inherent difficulty with trademarking the term ‘Masters’, as it is very non-distinctive term.

MacPhail agrees, pointing out there are about 25,000 variations of ‘Masters’ trademarks registered with IP Australia.

Owen says IP Australia has formed a view the Masters trademark in the financial services class was capable of acceptance, having given the application the preliminary green light.

She says Masters has not clearly infringed on MasterCard, and if the credit card provider did think to move forward with litigation, there would need to be consideration paid to Masters ongoing use of the term in its logo.

“It’s not a fait accompli in terms of this opposition,” says Owen. “This may be a bit of a storm in a tea cup.”

The Australian reports both companies are believed to be in negotiations to work out an agreement allowing Masters to launch credit cards or store cards without confusing its hardware shoppers that they are MasterCard ­products.

Owen says these sorts of coexistence agreements are very common.

She says any small business attempting to register a name that overlaps with an existing trademark should “go in with their eyes wide open”.

“It’s not so bad if your trademark is opposed, but it is a catastrophe to be sued for infringement or you’re forced to rebrand mid-way through,” she says.

MacPhail agrees the ensuing battle will likely not be worth it for a small business operator.

“Unless you’re really in love with the trademark, don’t invite trouble at the start of the business. You already have enough problems when you start a business, why take on an extra one?”

A MasterCard spokesperson confirmed to SmartCompany the credit card provider is in discussion with Woolworths to ensure consumers do not become confused by different financial products in the market.

SmartCompany contacted Woolworths, but did not receive a response prior to publication.