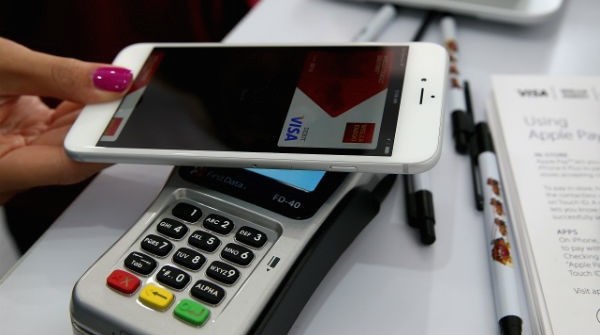 The Australian Competition and Consumer Commission (ACCC) is planning to deny a petition by the Commonwealth Bank of Australia (CBA), Westpac, National Australia Bank (NAB) and Bendigo and Adelaide Bank (the banks) to collectively bargain with and boycott Apple on Apple Pay.

Read more: ANZ and Amex the winners in Australia’s banks’ fight with Apple over payment apps

Justifying the decision, ACCC chairman Rod Sims said the likely benefits of allowing the banks to collectively bargain do not outweigh the potential negative effects.

The banks are desperate to get access to Apple phones, not least as ANZ recently claimed a surge in applications for their credit and debit cards after striking a deal with Apple. This shift in consumer behaviour could potentially reduce the customer base of the other banks, simultaneously increasing both ANZ’s customer base and the use of its payments services.

But Apple imposes fees and restrictions that the banks currently find prohibitive.

The banks wanted to bargain with Apple over two key issues. The first is access to the Near-Field Communication (NFC) controller in iPhones, which would enable them to offer their own digital wallets to iPhone customers (in direct competition with Apple’s digital wallet), bypassing Apple Pay. The second is to remove the restriction Apple imposes on banks that prevents them from passing on fees that Apple charges for the use of its digital wallet.

It’s all about negotiating power

At the moment only consumers with certain cards issued by ANZ and American Express, and card issuers using Cuscal Ltd as their collective negotiator, are able to use Apple Pay. It’s been reported that ANZ agreed to share with Apple some of the fee it charges to process payments in exchange for access to Apple Pay

If the ACCC had decided in favour of the banks they could have, in theory, used their combined negotiating power to strike an even better deal with Apple. Not only would they have been bargaining from a stronger position, they could also have threatened to boycott Apple Pay for up to three years.

The ACCC argued this have would reduced the competitive tension between the banks in their individual negotiations with Apple, which could also reduce the competition to supply mobile payment services for iPhones. The threat of a boycott could also mean a significant period of uncertainty and would result in decreased choice for the consumers whose banks are involved. The other digital wallet options for the banks are Android Pay and Samsung Pay, both of which are available in Australia, but the iPhone popularity with consumers makes Apple Pay very attractive to both consumers and banks.

The ACCC may have decided against allowing the banks to bargain collectively as this would also have set a precedent for any future disputes between the banks and their service providers. The banks may have over played their hand by also threatening a boycott against Apple.

Reduced competition could have knock-on effects

Another deciding factor in the ACCC’s decision was that digital wallets or mobile payments are still in their infancy in Australia and consumers are already using their contactless cards to do “tap and go” payments. A rash decision now to allow collective bargaining with Apple could distort the mobile payment market and further delay the adoption of this technology.

The use of tap and go payments has risen greatly in recent years, accounting for up to 75% of all Visa transactions. This has caused many consumers to question exactly what the advantages are of digital wallets over contactless cards. The absence of an obvious advantage over other payment methods like contactless cards has slowed the adoption of mobile payments in Australia. Any reduction in competition could stall this even longer.

What next for Apple pay

The ACCC’s decision is just a draft at this stage and there’ll be further public consultations. It plans to release its final decision on March 2017, but in the meantime there will be further uncertainty about the adoption and use of digital wallets in Australia.

The banks now have two distinct choices. They can either continue to act collectively and seek to persuade the ACCC that the draft decision is not the correct one, or they can independently approach Apple to see if they can negotiate a better or at least an equivalent deal to that already struck by ANZ.

Steve Worthington is an adjunct professor at Swinburne University of Technology.