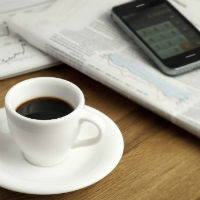 German supermarket giant Aldi is looking to entice potential employees with attractive workplace benefits as it attempts to wrestle market share from Coles and Woolworths in Western Australia.

Aldi is looking to employ almost 400 people across the state, luring them with 18 weeks of maternity leave at half pay and five weeks’ annual leave for full-time employees.

Aldi’s managing director for Western Australia, Viktor Jakupec, said the supermarket giant is looking to become an industry leader when it comes to employment benefits.

“Our commitment to the personal development of ALDI employees starts from day one,” Jakupec says.

The PM’s comments were made in Parliament yesterday after Opposition Leader Bill Shorten asked Turnbull if he would support a proposal to raise $14 billion in taxes over the next 10 years by scaling back current tax benefits for some of the country’s wealthiest people.

In response, Turnbu;; said Shorten was right to suggest there were “very substantial tax concessions” regarding superannuation and that “all of these matters are under consideration by the government”.

The comments are also being taken as the strongest sign yet of an about face on the issue after former PM Tony Abbott ruled out any changes earlier in the year,  Business Spectator reports.

Aussie shares have dipped into the red this morning after a few days of solid trading.

“US markets provided a weak lead for the local market and this won’t be helped by the fact that J.P. Morgan’s result, released after the market closed, missed expectations,” Spooner said.

“While the stock was down only 1.5% in after-hours trading, J.P. Morgan is the first of the major banks to report and this will increase nervousness about performance of the financial sector generally. This morning’s market sentiment will not be helped by further declines in commodity prices overnight.”