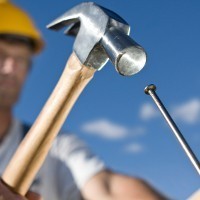 Tough competition in the hardware sector is partly to blame for Woolworths abandoning its home improvement business Masters, according to one industry analyst.

Woolworths announced yesterday it was intending to sell or wind up the loss-making venture in the next few months, just five years after launching the business.

Read more: Masters was spoiled from the start, now Woolworths must go back to basics

However, the prospects look somewhat brighter for Home Timber and Hardware, with Woolworths chair Gordon Cairns telling the Sydney Morning Herald the 40-store business that also falls under the Masters umbrella is “eminently sellable”.

At the same time, the parent company of industry heavyweight Bunnings is ramping up its presence overseas.

Wesfarmers will spend more than $1 billion in a bid to roll out the Bunnings brand across the United Kingdom over the next five years, according to the Sydney Morning Herald.

Spencer Little, senior industry analyst at IBISWorld, told SmartCompany competition is one of the factors to blame for Masters not performing as well as Woolworths would have liked.

“The industry does face quite a strong level of competition,” Little says.

“What we’ve seen is the competition has increased over the past five years. Hardware retailers compete on a range of factors – price, range of stock, and customer service plays a part along with the size and location of stores. If you look at Bunnings, some of their most successful stores are big warehouses.”

“Consumers are always seeking value for money. This is where the big players in the industry are competing.”

Little says Masters revenue was projected to grow by around 40% year-on-year, but this wasn’t enough to outweigh the company’s expenses.

“It rolled out an expansion of its store network, but the issue here is this was at the expense of profitability,” he says.

“This lead to the announcement we’ve seen over the past few days.”

Little says over the past five years, Masters has grown at the expense of the smaller, independent hardware stores.

“With the dominance of a few big players in this industry, that’s likely to continue,” he says.

“Bunnings is expected to have 40% market share in 2015-16. But it’s still only 40% and there’s a pretty big industry out there that has space for small, independent retailers… they do play a crucial role in the industry.”