Anonymous bidder pays $3.46 million to have lunch with Warren Buffett and it’s all in the name of charity 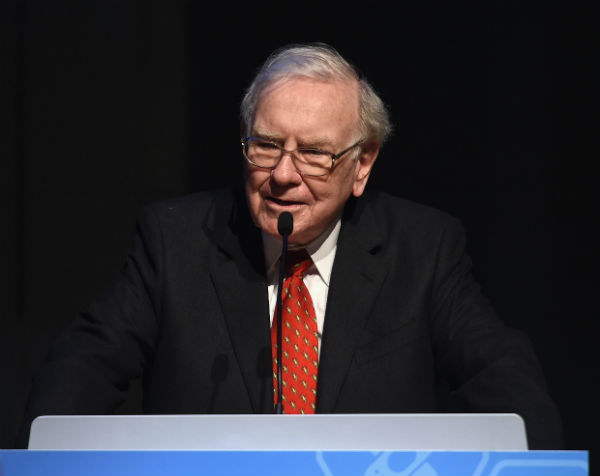 An anonymous bidder has scored a steakhouse lunch with world-leading investor Warren Buffett and all it cost was a cool US$3.46 million ($4.7 million).

Buffett remains tightlipped on the identity of his lunch guest.

“The one thing I will tell you, because we’re in this crowd: It’s a woman,” Buffett said at a United State of Women conference in Washington.

Buffett has agreed to speak about everything and anything over lunch – except future investments he is targeting.

In previous years, Buffett has hosted the likes of American-Indian investor Mohnish Pabrai and recently, a Chinese gaming company scored the “power lunch” for US$2.35 million ($3.2 million).

As a corporate conglomerate whose journey began as a small business owner, Buffett often shares gems of advice with ambitious entrepreneurs and investors.

With just eight tweets, Buffett has also collected an army of more than 1 million Twitter followers.

Mary Rhinehart, a Berkshire CEO, is successfully running a $2.5B company in a male-dominated field #LeanInTogether pic.twitter.com/MNgeXvee18

Two personal investments and what you can learn from them: http://t.co/vwWfFvmTVb

According to Mashable Australia, the chance to lunch with Buffett was posted on eBay for just a couple of hours before the highest bidder brought the auction to a close.

It’s an initiative that has seen Buffett raise more than US$20 million for San Francisco-based charity organisation Glide, which his partner Susie Buffett was involved in before she died.

Glide’s main mission is to break the cycle of suffering and poverty for the city’s most vulnerable including people who are homeless.