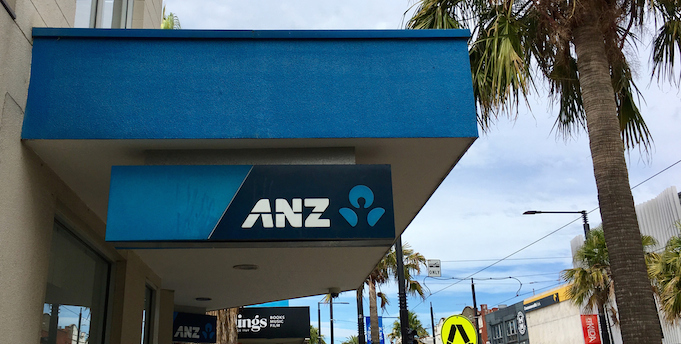 Hundreds of small businesses across the country have lost access to ANZ post office banking overnight after negotiations between the bank and Australia Post on the future of the service broke down.

ANZ had been in a stand-off with the government-owned postie over the [email protected] program after it was asked to fork over an extra $22 million annually, alongside new transaction charges, to keep the service alive.

Westpac, NAB and the Commonwealth Bank have already agreed to the fee increase after Australia Post outlined the financial strain of maintaining the program, but ANZ has previously suggested the new agreement was unreasonable.

Negotiations between both parties were ongoing last October when Australia Post chief executive Christine Holgate said ANZ had three months to sign-off on a new agreement.

Australia Post lost about $48 million on the program last year and wanted the banks to contribute more under a revised fee structure that would reflect transaction volumes processed for each bank.

But SmartCompany understands negotiations broke down late last year and there are no current plans to revive the service.

About 900 business owners who regularly use the [email protected] program and don’t have an ANZ branch within 20km of their local post office will be affected by the shutdown.

[email protected] is understood to be popular among ANZ customers using the service, with uptake coinciding with dozens of branch closures in regional areas over the last few years.

An ANZ spokesperson said on Tuesday it was working with customers on alternatives, saying many services are available through ATMs or online/mobile banking.

“For all customers who are unsure what this change might mean for them, we encourage them to call us or visit their closest branch to find out about which options are best for your individual needs,” the spokesperson said.

But Gail Kelley, owner of a pub and licensed post office in Byrock, regional NSW, says businesses in her town have either switched banks or moved location already.

“It’s a shame, it would be good to have everyone on board because it makes it simple,” she tells SmartCompany.

“We have a business loan with ANZ for our rural property … but because we are a pub with business accounts we’ve had to go with NAB.

“It’s really cutting off their nose to spite their face.”

The closest ANZ Branch to Byrock is in Dubbo, almost 350km away, Kelley says.

Kelley says she’s resorting to providing customers with cash-out over the bar in her pub in lieu of the [email protected] program.

A spokesperson for Australia Post said the renegotiation of [email protected] arrangements is crucial for the future of the service.

“Whilst ANZ remains an important partner with Australia Post and we respect their decision, it is disappointing they have decided to cease support for the essential [email protected] service,” the spokesperson said in a statement on Tuesday.

“There are 1550 communities across the country where there is no bank and rely on their local Post Office for access to critical financial services.”

The Post Office Agents Association (POAAL), which had previously urged ANZ to reach an agreement with Australia Post, said it was disappointed with the bank’s decision.

“As more bank branches close, especially in rural Australia, the extra funding should help maintain a viable banking service at LPOs. We urge ANZ to reconsider its refusal to join this initiative — especially as it continues to close bank branches,” POAAL director Bob Chizzoniti said in a statement on Tuesday.

NOW READ: Hundreds of businesses to lose banking access after Australia Post and ANZ fail to agree on fee increase

Local govt in rural areas needed to take a national approach to this branch-closures problem 20 years ago at the start. Still would be time to not have fractured system.

Five tweaks in two weeks: Small changes that will make a big difference to your business
Feeling overwhelmed about the fast-approaching EOY? Here’s how to manage it
Let them down easy: How to tell candidates they don’t have the job
Why you should stop screening job candidates’ social media profiles
What is SmartCompany Plus?