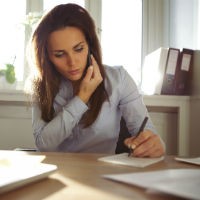 One Big Switch is being investigated for misleading customers with advertisements stating a “price beat guarantee”, savings on life insurance and promises of consumers saving $600 all potentially coming up empty.

The Australian Securities and Investments Commission (ASIC) has found the consumer group network to be operating without an appropriate licence.

In 2014 the company’s home insurance campaign saw more than 74,000 consumers sign up; however, the company did not hold an Australian financial services (AFS) licence.

Upon an independent review requested by ASIC, Kemp Strang Lawyers found the company’s advertising to be “potentially false and misleading statements”.

In the initial report presented to ASIC, Kemp Strang Lawyers found the following:

The company, launched by former Kevin Rudd adviser Lachlan Harris in 2011, operates by signing up large numbers of consumers with the aim of persuading service providers into securing discounts and savings. In doing this, One Big Switch secures payments from providers in return for the consumers it guarantees.

“In a time when household budgets are tight, offers of group discounts can be attractive to consumers”, ASIC deputy chairman Peter Kell said in a statement provided to SmartCompany.

“ASIC wants to ensure those making the claims are appropriately licensed and complying with important consumer safeguards.”

“A recent independent third party review of all of our material raised some potential concerns with a very small number of the thousands of communications One Big Switch produces annually,” a One Big Switch spokesperson told SmartCompany.

“One Big Switch is extremely proud of the standards we set in terms of transparency, simplicity, and clarity in our communications, and we will continue to meet and raise these standards.”

Melissa Monks, special counsel at King & Wood Mallesons, told SmartCompany considering other avenues could have been taken by ASIC, such as court infringement notices, the potential breaches may not be seen as too serious in the grand scheme of things.

“This is certainly a reminder that you need to take caution when making saving and price related claims. They can be very compelling claims and therefore you need to make sure that any qualifications are clearly described,” says Monks.

Monks went on to suggest these potential breaches might not have been exposed had the company not needed to seek an AFS licence.

Kemp Strang Lawyers will undertake a further review of One Big Switch and report to ASIC by the end of September.

One Big Switch was previously investigated by ASIC back in 2011.