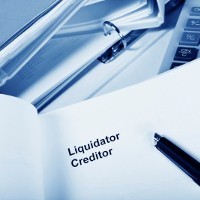 An investigation by the corporate watchdog has uncovered numerous failings with Perth-based liquidator Ross Thomson who trades as Red2Black Accounting.

The Australian Securities and Investments Commission has accepted an enforceable undertaking from Thomson after finding problems with three administrations he handled.

ASIC found Thomson failed to properly investigate the affairs of the companies, withdrew approximately $24,200 in remuneration not properly approved, failed to secure assets in a timely manner, did not adequately record his work, and failed to lodge documents with the regulator.

Under the terms of the enforceable undertaking, Thomson can only accept new appointments for the next three months if they are joint and several appointments with another registered liquidator.

He must also improve his systems and procedures, repay the $24,200 and appoint an independent expert to review his practices.

However, Red2Black’s website does not include any indication of the ASIC undertaking.

SmartCompany contacted Red2Black and Thomson but did not receive a response prior to publication.

“We are committed to sanctioning those few practitioners who do not comply with the high standards the law imposes on them,” Price said in a statement.

“It sometimes consists of desktop audits where [ASIC] will email or phone a liquidator and ask for a creditors report and make sure professional indemnity is up to date,” Sanderson says.

He says businesses should check the liquidator they are using is registered and is a member of a professional body like the Institute of Chartered Accountants, CPA Australia or the Australian Restructuring Insolvency & Turnaround Association.

However, this approach would not have helped clients of Red2Black and Thomson as Thomson is a registered liquidator who is a member of CPA Australia and ARITA.

“Over the last few years the level of regulation of insolvency practitioners has ramped up enormously,” Downey says.

“Part of that has been self-imposed through ARITA and there is a code of professional practice that is really world’s best practice.”