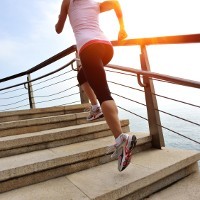 An ASX-listed entity that was previously connected to a health service provider, which was turning over approximately $1.2 million, has collapsed into voluntary administration.

Fitgenes was incorporated in 2009 and provides personalised health care using a patient’s genetic predispositions when it comes to fitness, health and nutrition.

The Fitgenes Group operates a clinic in Perth and as of September 2014, was working with 350 clinics and more than 470 practitioners who use the company’s proprietary cloud-based software.

The group had plans to list on to the Australian Securities Exchange in the second half of 2014 through a reverse takeover of ATW Holdings, however SmartCompany understands that agreement was terminated in November 2014.

In 2014, Fitgenes Limited chief executive Robert Mair told SmartCompany the company had plans to raise between $3-3.6 million by opening half a dozen new clinics, although ASX records show this prospectus offer was subsequently withdrawn in October 2014.

In September, Mair said the Fitgenes group was turning over approximately $1.2 million annually.

But less than a year later, shares in Fitgenes Limited were suspended from trade on August 25 after the business did not pay its annual listing fee to the ASX.

Fitgenes Limited notified the market on September 22 its annual fee had been paid, but trading in the company’s shares would remain suspended while the directors of the company continued to address the terms of a proposed acquisition of another clinic provider, Sydney-based Elevate, which Fitgenes Limited announced in July.

On October 7, Fitgenes Limited told the market it had appointed Domenic Calabretta of Mackay Goodwin as voluntary administration on October 6.

In a letter to the ASX, Calabretta said his appointment followed an application to wind up the company, filed by an individual plaintiff in the Federal Court in South Australia on August 27.

The wind-up application was adjourned until November 18 to allow the voluntary administration process of the company to proceed.

“I am currently, with the assistance of the directors, reviewing the company’s financial position and looking at potential avenues for the recapitalisation of the company or a potential sale of the company and its business,” Calabretta said in the letter.

SmartCompany contacted Fitgenes and Mackay Goodwin but did not receive a response prior to publication.

*This article was updated at 4.58pm on October 12 to include additional information about Fitgenes Limited.