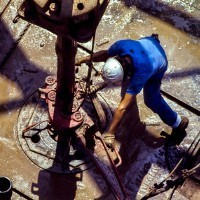 A publicly listed oil and gas company has been placed in voluntary administration amid an ongoing investigation by the corporate watchdog into the company’s $13 million initial public offering in 2013.

Sino Australia Oil & Gas is the Australian holding company of a Chinese oil and gas drilling enterprise, Zhaodong Oil Recovery Drilling Company, which was established in China in 2009.

The company listed on the Australian Securities Exchange in December 2013 after raising close to $13 million from investors. The IPO gave the company a market capitalisation at the time of $109 million.

But the Australian Securities and Investments Commission obtained a Federal Court order to freeze bank accounts owned by the company in March 2014 over allegations three of its directors had breached the Corporations Act.

ASIC was concerned at the time Sino was intending to transfer $7.5 million—all the cash held in Australia by the company—to accounts in China for reasons that were not disclosed or not properly disclosed in its IPO prospectus.

In November 2014, with the injunction on the company’s bank accounts still in place, ASIC filed a statement of claim in the Federal Court alleging Sino had made false statements in its IPO prospectus.

ASIC is seeking civil penalties against the company as well as the disqualification of former chairman Tianpeng Shao and a trial is scheduled to be held in July.

Sino Oil & Gas said on Tuesday it has yet to reach a resolution with ASIC and therefore had little choice but to appoint Christopher Darin and Matthew Jess from Worrells Solvency and Forensic Accountants as voluntary administrators.

“With no direct improvement in negotiations with ASIC over the continuing investigation into the company’s affairs, the uncertainty of the company’s financial position and the difficulty in dealing with the day-to-day operational matters, the company has been unsuccessful in trying to repair its balance sheet and the directors have been left with no option but to place the group under external administration,” Sino said in a notice to shareholders.

“The board deeply regrets the inconvenience and disruption that this decision will have but believes that at this time, it is in the best interests of the shareholders to pursue this process.”

The first meeting of Sino’s creditors is scheduled to take place on May 14.

Sino recorded a significant drop in both operating revenue and consolidated net profit for the 2014 calendar year, a result which it partly attributed to the injunction against the funds raised during the IPO.

The company told shareholders in January its results were also affected by the global drop in oil prices since the second half of 2014.

SmartCompany contacted Worrells but did not receive a response prior to publication.