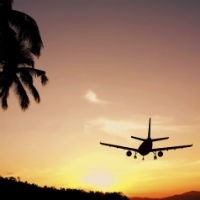 The Australian Tax Office will more closely monitor self-managed super fund trustees that may be using their funds to avoid paying personal tax or transferring large funds into overseas investments, in a move that has been welcomed by the SMSF Association.

ATO director of SMSF risks and products Nathan Burgess flagged the increased scrutiny while speaking at a conference in Sydney on Monday.

However, Burgess revealed there are only one or two cases the tax office is actively concentrating on.

According to Fairfax, Burgess told the AMP conference while the ATO was first granted powers in 2014 to fine SMSF trustees seen to be doing the wrong thing, it had used its powers sparingly until now.

Burgess said the tax office will begin to draw on intelligence gleaned from the Australian Federal Police and Australian Crime Commission if it is concerned about large transfers made to “countries (the ATO) is not comfortable with”.

He said the targets of such increased monitoring would likely be “people who are running an SMSF, but we’re not confident it’s not actually about retirement”.

“We feel that it’s about avoiding taxation in their company or trust right now,” he told the conference.

SMSF Association chief executive Andrea Slattery told SmartCompany this morning the association has been advocating for the ATO to have its penalty powers in this regard increased for some time and was instrumental in actually getting the powers increased in 2014.

“This (increased monitoring) is effectively what we’ve been promoting for some time, if someone is using the system inappropriately,” she says.

“The penalty powers are being used to target people who are in certain circumstance inappropriately using their SMSF to avoid tax and are coming under the radar of police,” Slattery says.

“This is something we very much support and applies to the work we are doing in that area.”

Slattery says Burgess’s comments are about a very small number of SMSFs doing the wrong thing.

“This is only about a few cases, the significant majority are using SMSFs for appropriate means and we encourage any trustee to continue to use confident advice and to make informed decisions about their future retirement, which is what the objective of superannuation is all about,” she says.

Slattery says while she doesn’t believe it is a systemic issue, there are certain things all SMSFs can do to ensure their compliance with taxation laws.

“Once again it’s really important to only use accredited advisors, if concerned about your role and responsibilities,” she says.

SmartCompany contacted the ATO but a spokesperson for the tax office declined to comment further.