Aussie millionaires on the rise: Four insights from the 2015 World Wealth Report 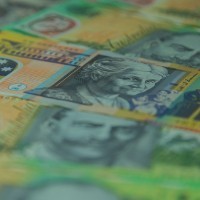 Australian millionaires are more likely to invest their wealth in property assets than their international counterparts, according to a global study of high net worth individuals by IT firm Capgemini and RBC Wealth Management

The report defines HNWIs as individuals with more than $US1 million ($1.29 million) to invest over and above the value of their home.

The growth in HNWIs in Australia compares to Canada and Switzerland, which also recorded a 4% growth rate between 2013 and 2014.

Here’s four insights into the world’s wealthiest people from the 2015 report.

Perhaps this is based on the Australian dream of owning your own home, but this year’s report shows Australian HNWIs hold a larger share of their wealth in property assets.

Australians included in the data set hold on average 35% of the wealth in property, according to a separate report into the Asia-Pacific region from Capgemini and RBC Wealth Management. This compares to a global average of 22%.

2. Australia is in the top 10 locations for wealthy individuals

There was no movement in the top 10 rankings for the country’s with the highest populations of HNWIs between 2013 and 2014, with the US, Japan, Germany, China and the UK retaining the top five spots.

Australia came in at ninth position, behind France, Switzerland and Canada but ahead of 10th placed Italy.

3. The number of millionaires worldwide is growing – but at a slower pace

Nearly 1 million people joined the millionaire club in 2014, according to the report. However, the report’s authors said the population and total wealth of HNWIs expanded at “moderate” rates last year.

Capgemini and RBC Wealth Management said this is the second slowest growth rate recorded in the past five years and the Asia-Pacific and North American regions were the only regions in 2014 to outpace their five-year annualised growth rates for HNWI wealth.

“Asia-Pacific led the growth in wealth this year and just edged out North America as the new leader in High Net Worth population,” said George Lewis, group head of RBC Wealth Management and RBC Insurance in a statement.

“Looking ahead to the next few years, we expect Europe to be a large driver of HNWI wealth as the region recovers economically.”