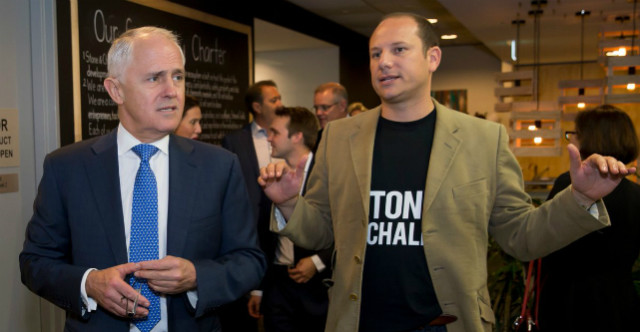 Early-stage Australian fintech startups will soon be able to access a “world-leading” and “potentially game-changing” regulatory sandbox under new proposals outlined by the Australian Securities and Investments Commission.

The regulatory sandbox would allow startups operating in the financial services space to trial products or services with real customers for six months without obtaining an ASIC licence in order to validate ideas quicker, ASIC commissioner John Price says.

“We believe the measures proposed will help to lower barriers to entry faced by finch startups by providing cost reductions and promoting efficiency in the provision of financial services whilst maintaining the fundamental principles of the regulatory and licensing framework,” Price says.

“It will allow some fintech businesses to commence testing of certain product offerings in the absence of detailed assessment by the regulator.”

“If implemented, not only would Australia’s sandbox lead the world and leapfrog what the UK is contemplating, it would provide a strong proof towards the successful collaboration between leaders in the fintech community, ASIC and the federal treasury that started late last year,” Scandurra says.

“A sandbox will allow for greater user testing and validation prior to starting the licensing process, something which will help reduce the time and costs needed to commercially launch a fintech product or service.”

The paper outlined a six-month period where fintechs could trial products or services with up to 100 retail clients without having an Australian financial services licence.

Startups accessing the sandbox will have to have a “recognised sponsor” and there will be a $10,000 limit on investment per retail client and a total cap of $5 million.

Companies will still have to comply with modified conduct and disclosure obligations and external dispute resolution schemes.

Existing licensed startups will not be able to utilise the regulatory sandbox.

The concept of a regulatory sandbox was one of three core policy proposals submitted to the government in February by Fintech Australia, and its implementation was announced by treasurer Scott Morrison in March.

“We pointed to the role of sandbox environments in Level39 in the UK as a means to allow for fintech startups to test propositions and determine early if there is product and market fit,” Mabbott says.

“The ASIC recommendations for a regulatory sandbox is clearly aligned to this outcome and will further underline Australia’s commitment to being a regional fintech centre.”

“This is a much welcomed and much needed initiative from ASIC that will help fintechs more quickly get to market and prove their businesses,” Stoyan says.

“This is something Fintech Australia has supported since inception, we’re happy ASIC has worked with us to bring it to inception in a relatively quick time.”

But Stoyan says he is concerned with the requirement of having a sponsor, saying it may put an added financial burden on young startups.

“We want to make sure this doesn’t create a situation where fintechs need to go for paid services to access support,” he says.

“The concern here is that if sponsors become gatekeepers they are essentially going to monetise this. While the reliance on sponsorship does provide oversight and additional checks, there needs to be avenues for up and coming fintechs to access the sandbox without having to pay a fee for that service.”

Significantly improving the path to market

Both Stoyan and Six Park chief executive Patrick Garrett say their startups would have grown significantly quicker had a regulatory sandbox been in place before their inception.

“It took MoneyPlace around 18 months to get regulatory approval,” Stoyan says.

“We were fortunate enough to have patient investors but this sandbox would have enabled us to test and prove our business model more quickly.”

Garrett agrees, saying a sandbox would have “significantly improved” the process of getting Six Park to market.

“This ability to effectively beta test an innovative business model in a controlled environment would have changed our commercialisation approach,” Garrett says.

“It was a huge challenge for us to build and test our end-to-end offering and secure the appropriate authorisations at the same time.”

Submissions on the ASIC consultation paper are open until July 22.