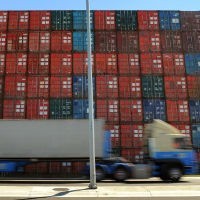 One of Australia’s largest privately owned transport companies has collapsed in receivership.

Gregorys Transport has been operating since 1982 and has branches in Melbourne, Sydney, Brisbane and Perth. The company was involved in freight, warehousing and distribution.

The 32-year-old business is the latest in a string of transport companies to collapse.

PPB Advisory confirmed to SmartCompany receivers Nicholas Martin and Stephen Longley have been appointed to the company. An application for a winding up order has also been made this week in the Supreme Court of New South Wales by Forbes Dowling Lawyers.

An advertisement seeking expression of interest in the company appeared yesterday in the Australian Financial Review. The ad was seeking proposals to purchase key components of the business and/or assets of Gregorys.

The ad stated Gregorys had long standing customers across multiple industries. Its website says it had at one time secured major partnership with Coca-Cola  Amatil, which saw it purchase a fleet of new Mercedes trucks.

In a statement provided to SmartCompany, PPB Advisory said its appointment is focused on assisting Gregorys’ customers to make an orderly transition to suitable alternate transport providers to minimise disruption to services.

“Our priority is to work with customers to ensure they have continuity of transport services. We are working hard to develop alternative arrangements that will minimise downtime and interruption to Gregorys’ customers, including transitioning affected customers to alternate service providers,” said PPB Advisory partner, Nicholas Martin said.

PPB also confirmed Ferrier Hodgson was previously appointed as receivers and managers of particular Gregorys Transport’s fixed assets and those of its related entity.

The collapse comes at a time of increasing pressure on the integrated logistics industry in Australia, which is worth $102.7 billion, according to a recent IBISWorld report.

The report outlined the major challenges for industry as finding the workforce and productivity gains needed to keep pace with demand for freight transport.

“Average industry profit has fluctuated over the past five years, increasing marginally overall. Productivity gains made by the industry have been slowing,” said IBISWorld.

“With fierce internal competition, the benefits of these gains have shifted from the industry operators to their clients.”

“Transport and logistics work on such slim margins. It’s the first area where retailers and online retailers try and cut costs when they head into tough times,” says Williams.

While not commenting on Gregorys specifically, Williams says transport operators often find it easy to secure bank finance for fleets, meaning not a great deal of due diligence is required to put the company in debt.

“Because they are on slim margins, when they finance for a large contract and that dies up, they have idle equipment and labour, which result in lower than expected profitability.”

SmartCompany attempted to contact Gregorys to ascertain whether the company was still operating but phone calls were not answered.