Baby boomers leave run too late for business sale: Eight succession tips if you’re one of them 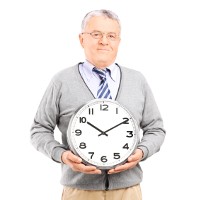 The baby boomer generation is going to run out of time to effectively hand over their business to younger generations or get the best sale price for their business, according to research published today by Pitcher Partners and Swinburne University.

It comprises research conducted over four years and canvassing 2650 people across 56 countries.

The research found in 2020, the baby boomer generation (those born between 1946 and 1964) will be aged between 56 and 74 years of age, with the weighting heavily towards the older end of the scale.

The outcome will most likely be that by 2020 a significant number of baby boomers will have or will be in the process of transferring ownership of their business. In Australia, the estimated value of these businesses is around $3.5 trillion.

Pitcher Partners partner Dr Richard Shrapnel told SmartCompany there is a five-year window until the bulk of Australia’s baby boomers are in their 70s.

“We would typically say a succession plan could take three to five years to put in place but we are at a stage where a large percentage of baby boomers have not acted,” he says.

“We are getting to the cusp when we are going to be almost out of time and I think that is a troubling sign,” he says.

“We have not had this generational shift before. Small business is big business when you put them together.”

Shrapnel has eight tips for a successful succession:

1. Succession is not retirement

“If you think about succession as getting old, retirement and stepping down, it stops you from doing it,” he says.

“Think about it as creating a business for the future and having a role in it.”

2. Start with readiness – preparation is a must

Shrapnel says the goal of simply passing over the existing business to the next generation when the incumbent is ready to retire is no longer workable or viable.

“’Succession’ really does commence the day you start your business,” he says.

3. Set your goals before the journey

Shrapnel says the new trend for succession is transgenerational entrepreneurship.

“What that simply means is don’t think, ‘Here is my business now this is your business; rather think in terms of ‘I’ve grown a business over the last 30 years and we as a family know how to run businesses’.”

4. Harmony is a must

“Family harmony is a key aspect and a key criteria for successful generations,” Shrapnel says.

He also notes the family unit has changed and the “natural assumption” that the business will be passed on to a son is “30 years old and no longer the tradition”.

“Daughters in business are now far more prevalent and you now select the child that is best for the business,” he says.

5. Price is not first

Shrapnel says as people go through the process of business succession the importance of sale price diminishes.

“If you focus on continuity and ongoing jobs, you are drawing your focus to the capital value drivers of your business which, in turn, supports sale price should you one day decide to sell.

“A major barrier to succession for many businesses is that the business is not financially strong enough to support the owner and the next generation,” Shrapnel says.

“You need to have a longer term view of succession and have a growth plan beside that.”

7. Equality is not equal

Shrapnel says business owners need to get their heads around equity.

“Not everyone will be in the family business so that becomes quite significant: what is fair,” he says.

8. Ask before you get lost – advisers are important

Finally, Shrapnel says Australia lags behind the rest of the world and Australian business owners are failing to seek professional advice on the complex issue of succession.

“You go from the language of family business to families in business,” he says. “What you are transferring over is an asset that will allow wealth to be generated.”