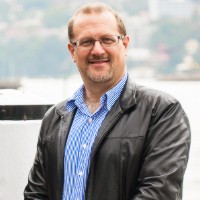 Sydney-based venture technology company BlueChilli Group has closed a $5 million investment to fuel its growth in a round led by the Myer Family Investments and including Internode founder Simon Hackett. The investment is seperate to the BlueChilli fund which is now  at $10.2 million.

BlueChilli founder and CEO Sebastien Eckersley-Maslin says the most significant aspect of the announcement was not the amount raised, but who the new investors were.

BlueChilli’s valuation was not disclosed, but the latest round will see the equity of Domenic Carosa’s Future Capital Development Fund, an original investor in 2012 when BlueChilli launched, acquired.

“I’m very proud of how far we’ve been able to extend Future Capital’s initial investment in BlueChilli, and if we’re able to derive the same value from this latest round of investment it’s not unreasonable to expect that we might develop many hundreds more awesome new startups with this capital rather than our original goal of 100 by 2016,“ Eckersley-Maslin told StartupSmart.

“We’ll be expanding the size of our Sydney accelerator and incubator presence, and we’ll open a dedicated space with a full-time team to support our growing roster of Melbourne startups. If it makes sense in terms of market growth and local support, we’ll look at other capitals on a case-by-case basis.”

BlueChilli has previously announced overseas expansion and the appointment of US hires, but Eckersley-Maslin says they’re not ready to disclose more details on that just yet.

Hackett, who has been working with BlueChilli in an advisory capacity, says his investment reflected his interest in fostering the best avenues for growing the Australian tech startup economy, something he believed the BlueChilli model enables with its support for non-technical founders and its systematic approach.

“The BlueChilli ‘156’ model has devolved the process of moving from idea to MVP into the 156 necessary steps to get there,” Hackett says. “This doesn’t constrain a startup – rather, it helps to efficiently get them moved through the development process and out into getting that MVP into the wild, without having missed a critical step that might come back to bite them later.”

“It’s been a pleasure working with Sebastien and the team and I’m pleased to be able to report to our shareholders that our seed stake in BlueChilli has returned a 6.67 multiple in just over two years,” Carosa says.

Eckersley-Maslin says their target for this deal flow is high net worth investors looking to make their first few investments in the startup space.

“We can offer them a relatively de-risked investment because our founders have graduated from a structured, documented accelerator program,” he says.