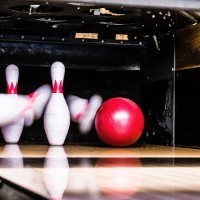 A South Australian tenpin bowling alley has collapsed into liquidation, causing uncertainty for parents who had booked and paid deposits for their children’s birthday parties.

Webco Bowling, which traded as Bowland Ingle Farm, was placed into liquidation on June 2, with Daniel Lopresti and Mark Christopher Hall of Clifton Hall appointed as liquidators.

The first meeting of the company’s creditors was held in Adelaide on June 12.

The Adelaide Advertiser reports the 20-lane bowling alley, located in the Ingle Farm shopping centre, unexpectedly closed its doors at the start of June.

The liquidators have been attempting to contact families that had made bookings at the venue but have not been able to reach everyone.

“We endeavour to contact people who have made bookings,” Lopresti told the Advertiser.

According to the report, the business closed with debts of around $250,000.

Lopresti told the Herald Sun customers that have made bookings at the venue will need to lodge a request to have their deposits returned.

“The only way they can get a return is if there is sufficient funds following the liquidation,” he said.

Several Facebook users have left messages on the business’ Facebook page asking if the venue has closed down but their queries have not been answered.

The company’s website is still online and advertising for bookings, however, the phone number listed for the venue was not answered this morning.

There are also Bowland bowling alleys located in Salisbury, South Australia, and Cranbourne, Victoria. However, SmartCompany understands the other two venues are not connected to the Ingle Farm business. SmartCompany contacted the venues this morning and both are still trading.

SmartCompany contacted Clifton Hall but did not receive a response prior to publication.