Bring me the goods: Why a removalist company donates its time for recycled clothes 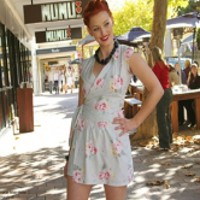 Thousands of Australians will be able to stay warm this winter and reduce their carbon footprint thanks to the efforts of a homegrown removalist company.

Two Men and a Truck has announced a partnership with recycled fashion business Handcut, which takes abandoned clothes and turns them into new garments. The removalist company volunteers its time to transport loads of clothes to Handcut’s warehouse, and also drops off second-hand items to op-shops and churches.

“As a removal company we throw a lot of things away so we try to recycle as much as possible,” he says. “It’s so important.”

The news follows research indicating businesses with a social purpose are becoming more popular in Australia.

Kuipers says the partnership is helping to foster a strong sense of community both in and outside of the workplace. While Kuipers says SME owners are often time-poor, giving back to the community can take less time than what people think. It can also result in unexpected benefits to the business, such as a much-needed morale boost for staff.

“We’re a family company and if the family is going to take over we have to leave the place in a better space,” he says.

“Doing this kind of work is important and it doesn’t really take that much time. It does make a huge impact on the company.”

Kuipers said while he thinks businesses are becoming more aware of their social responsibilities, he would like to see more of them making an effort to give something back.

“It is so easy for our business to do it,” he says. “It gives a good attitude and the staff are happy to do these things. Everybody gets involved.”

The business also drops off large amounts of clothing to charities and second-hand stores on a regular basis. This is because when people move house they often have things they wish to throw out.

While paying attention to the environment and the disadvantaged has a good flow-on effect for the business, Kuipers said he isn’t in it for the attention.

“When we do this sort of thing, we don’t want our name all over the place,” he says. “But people will of course see it and that gives more credibility to the company. So it gives you some sort of standing in the community.”

Two Men and a Truck won the Sustainable Transport Award at the Better Business Awards last October. The company is also a major sponsor of the travelling Anne Frank Exhibition.

Kuipers founded the business 20 years ago. Originally a one-man operation, it now turns over around $8-9 million a year.