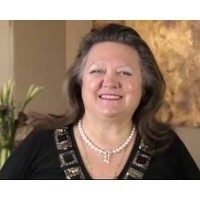 Miners and property developers are among Australia’s wealthiest people, but young technology entrepreneurs are snapping at their heels, according to the 31st BRW Rich 200 released today.

Gina Rinehart once again topped the BRW Rich List with an estimated worth of $20.01 billion, down from $22.02 billion the previous year.

Anthony Pratt, chairman and chief executive of paper and packaging company Visy Industries, came in at number two and is Australia’s richest man, with a net worth of $7.64 billion. James Packer came in at third place with $7.19 billion.

Despite the usual pack of miners, property investors and those born into wealthy families dominating the list, people who have made their fortunes from striking it out alone in the IT industry are quick on their heels.

Former Smart50 winners and Atlassian founders Mike Cannon-Brookes and Scott Farquhar have surged ahead in this year’s rankings, coming in at number 35 and 36 respectively. Between them, the pair is worth $2.14 billion. Last year the entrepreneurs were worth $250 million each.

Atlassian, a software development company founded in 2002, has averaged 40% on year growth for the last five years.

Cannon-Brooks and Farquhar have been hailed as examples of how Australian tech companies can thrive on the international stage. However, the pair also has their priorities set on other things besides profit.

In April, they pledged $35 million to community-building after setting aside 1% of the company’s equity to charity when starting the business. Farquhar told SmartCompany Atlassian has a passion for investing in charity for the long-term, especially when it comes to giving people the skills to help others.

“It’s really about education,” he said. “Ideally in 50 years’ time we want to say we have really achieved fixing something rather than just patching over something.”

Another entrepreneur, Ruslan Kogan, also fared well and came in at number 162 – his first time making it onto the list with a net worth of $320 million. Kogan’s business is going from strength to strength, and launched in New Zealand in March

“Our goal is to deliver the latest technology at market leading prices,” he told SmartCompany. “Whether it is manufacturing our own Kogan products, or sourcing the world’s biggest brands, we can cut out all the middlemen to guarantee the best prices.”

Mining magnate turned politician Clive Palmer didn’t fare too well in comparison to previous years, falling a massive $980 million in comparison to last year. However, fellow miner Andrew Forrest had the opposite fate – his wealth jumping from $3.66 billion to $5.86 billion this year.

The richest people in Australia: