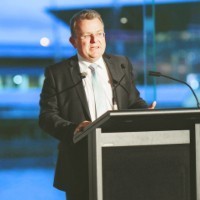 The federal government’s $5.5 billion Growing Jobs and Small Business package includes a number of measures designed to make it easier and cheaper to establish a new business or change the structure of an existing one.

As revealed by Small Business Minister Bruce Billson last week, the government will create a single website for registering a new business, including company registration.

The same website will give small businesses access to registration for the goods and services tax, pay-as-you-go withholding, fringe benefits tax and business name registration.

The website will be developed by the Australian Tax Office, the Australian Securities and Investments Commission and the Department of Industry and Science at a cost of $32.4 million over four years.

Early-stage businesses will be able to write-off professional costs incurred when starting the business immediately instead of deducting them over a five-year period. This will cost the budget $30 million over the next four years.

The government has also allocated $40 million over four years to allow small businesses to change the legal structure of their business without incurring a capital gains tax liability, with the government to reform the current arrangements for CGT rollover.

The government also used the budget to reveal it will undertake a consultation on potential changes to the Corporations Act “to reduce compliance costs and make it easier for small proprietary companies to raise new capital”.

However, this measure is not included in the budget papers.

Two Australian entrepreneurs previously told SmartCompany they supported the government’s focus on reducing the cost and complexity of starting a new business.

“I think these changes will go a long way to get people moving and to encourage new ideas to flourish,” Strode says.

“Businesses have to be extremely flexible, nimble and quick to adopt new ways of doing things,” he says.

“Too much red tape, fees and obstacles on the backend only make it that much harder to innovate at the speed you really need to in order to compete.”

“I’m very happy to hear about the proposed changes which will essentially see the setting up of new businesses simplified with reduced compliance costs,” Ramler told SmartCompany.

Although Ramler says it has been a long time since Milan Direct was a small business, as an entrepreneur, he can see how these changes will help those who are starting a small business for the first time.

“Anything to assist small business getting up and running with minimal red tape should be applauded,” he says.

“Small businesses are the backbone of the economy and should be encouraged to invest more for growth, which will increase employment opportunities and stimulate the economy.”