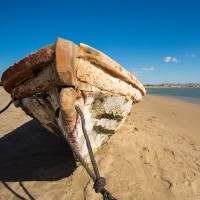 More than 100 consumers and businesses have been left out of pocket after an Australian travel agency collapsed in August.

The first meeting of creditors took place in Melbourne on August 28, prompting Consumer Affairs Victoria to issue a warning about the collapsed business.

According to Consumer Affairs, more than 70 consumers, mainly from Victoria, and 47 businesses have been affected by the failure of Australian Specialty Tours, which was based in Greenvale, Melbourne.

Consumer Affairs said PCI Partners has provided all known individual and corporate creditors with information about options to recover their money, including lodging a claim with the Travel Compensation Fund if their booking was paid for before July 1, requesting a credit card chargeback by their bank, using travel insurance or registering as an unsecured creditor of the company.

A similar warning has been published by Consumer Protection Western Australia.

At the same time, stories have emerged of the individuals left stranded by the collapse, including a group of Gold Coast retirees who are estimated to have lost around $160,000 from cancelled bookings.

News Corp reports 45 members of the Coomera Valley Probus Club had booked a group trip to the Kimberley region in Western Australia through Australian Specialty Tours and were told they must pay the balance of their booking by August 15, despite the trip being scheduled for June 2015.

“We weren’t happy about paying that amount of money so far in advance,” said one of the group members, Ann Kleidon, who settled a final payment of $3700 with the company days before the collapse.

“Now it seems all of that has amounted to nothing.”

According to News Corp, PCI Partners has sent a letter to individual creditors saying any bookings made through Australian Specialty Tours for after August 15 would not proceed.

SmartCompany contacted PCI Partners but did not receive a response prior to publication. The Australian Specialty Tours website is currently offline and the business’ Facebook page appears to have been deleted.