SAMPLE appointed administrators back in May with about $300,000 in debt after failing for several years to secure enough capital for expansion.

Speaking to SmartCompany, East 9th managing director Josh Lefers was tight-lipped on the terms, but described the deal as a “very happy purchase”.

Founded in 2010, East 9th is known for its alcoholic ginger beer Lick Pier and pale lager Doss Blockos. The addition of SAMPLE’s range, particularly its popular three-quarters IPA, will diversify the business.

But while different brands, Lefers explains East 9th and SAMPLE actually have a long history.

“Before SAMPLE was anything more than a graphic design on a piece of paper we were approached to invest,” Lefers explains.

“It wasn’t something we wanted at the time.”

Beer changes and so does business. While Australians have been consuming fewer frothies than they once did, craft brewing — a general term often used to describe non-corporate brewers — has bucked the trend.

The $518 million industry grew at an annualised rate of 8.7% in the five years to 2019, according to IBISWorld, whose figures also include “craft brands” sold by giants Lion and Carlton and United Breweries.

Hundreds of budding beer entrepreneurs have popped up to take advantage of the demand, while others like Four Pines and Pirate Life have convinced the big breweries to open their cheque books.

Lefers admits to being a “bit surprised” to read of SAMPLE’s collapse, but says he understands the difficulty of running a beer company.

“Just because the category is experiencing great growth doesn’t mean it directly correlates to an easy ride and great profitability for the companies that operate within that space,” Lefers says. 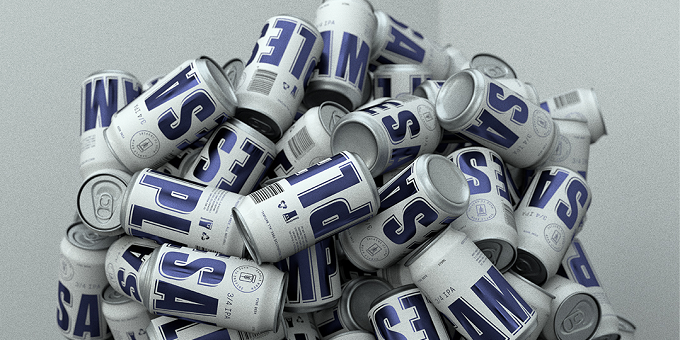 SAMPLE collapsed in May.

As more players have joined the craft market, competition for shelf and tap space has increased. There are now an estimated 637 craft beer breweries in Australia, almost double 2011 numbers.

It’s in this grow or fade environment SAMPLE ran into trouble. Brewing is notoriously capital intensive and while there’s no shortage of companies getting funding, others have struggled.

While SAMPLE founder Vedad Huric inked stocklist deals with hundreds of bars and bottleshops — including Dan Murphy’s and Liquorland — he tried unsuccessfully for several years to find a suitable backer.

In 2017, he turned to Birchal, announcing plans to become one of the first Australian companies to undertake equity crowdfunding.

However, the deal inexplicably fell through and was cancelled before any investment was committed.

SAMPLE isn’t the only independent brewer to run into funding troubles. Albatross Brewing quietly fell into voluntary administration last month but has since secured a new backer to take the business forward.

“You have a small number of very successful businesses, the middle is doing okay, but the other end, they’re struggling,” he says.

“We’re starting to reach the point where there are enough breweries.”

Cook says as barriers to entry have fallen with the proliferation of virtual beer brands — a less capital intensive model where brewing is outsourced — a bell curve of success has started to appear in the industry, typical of maturing markets.

While there are more than 600 craft breweries, IBA figures suggest only 450 or so are paying for brewing licenses, meaning the difference are outsourcing.

“We’re getting to the scale now when you’re seeing all shapes and sizes of business models,” Cook says.

For his part, Lefers says he has plans to take SAMPLE in new directions but is in no rush.

“We’re going to keep doing what SAMPLE did a brilliant job of already,” Lefers says, pointing to its compelling branding and unique recipe.

“What we don’t want to do is try and make too many changes … and then as we go we’ll strategically look to put more effort behind expansion.”

There won’t be any changes to the brewing, ingredients or branding associated with SAMPLE, Lefers believes the opportunities lie in getting the existing product into more hands through partnerships with music festivals and trendy bars.

NOW READ: Melbourne brewer SAMPLE to launch equity crowdfunding campaign on Birchal to “give back to consumers”