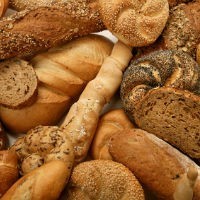 A popular Canberra bakery has collapsed into voluntary administration after it unsuccessfully attempted to expand its operations into Sydney.

Frenchy’s Bread, which trades under the name Autolyse, opened its first Sydney store last July but has been forced to shut the doors just eight months later, appointing administrators Alan Hayes and Christian Sprowles of Hayes Advisory on March 6.

The collapse follows the administration of Melbourne’s popular Vietnamese restaurant MissChu, which also blamed its demise on an unsuccessful Sydney expansion. Pie Face, the franchised pastry chain that once had as many as 78 outlets, was also said to have collapsed due to expanding too quickly.

Alan Hayes this morning confirmed to SmartCompany Autolyse has been trading successfully in Canberra since 2013 and will still continue to trade through the voluntary administration. The bakery is well known for its freshly baked sourdough breads.

“Canberra is still going very well, they’ve had lots of support from their customers,” Hayes says.

“They did everything right,” says Hayes.

“It wasn’t foolhardy, it was done under good, professional advice. What happened was the revenue didn’t grow as quickly as they had hoped for.”

Hayes says the technical trigger for the administration was the likelihood that the business would become insolvent, but says the interstate expansion “pulled that trigger”.

The administrators are now working towards restructuring the company and Hayes expects owner Mick Gubas to put forward a Deed of Company Arrangement.

Sydney staff have been stood down, but Hayes says there is a possibility the store will reopen after the restructure. He says administrators will know more pending an investigation and the first meeting of creditors, which is scheduled for March 18.

“These things [restructuring] can go very well if people approach them correctly, and generally they do,” adds Hayes on the company’s chances to turn its fortunes around.

SmartCompany contacted Autolyse but did not receive a response prior to publication.